It was all smiles and cloudless blue skies up the Remarkables on Saturday morning as crowds - including the prime minister - enjoyed the opening day of the ski season.

Numbers remained steady through the day and excitement levels did not wane, especially with the arrival of Prime Minister Jacinda Ardern and Tourism Minister Stuart Nash.

Following a tour of the skifield and a ride up the Curvey Basin chairlift, the pair addressed the media. 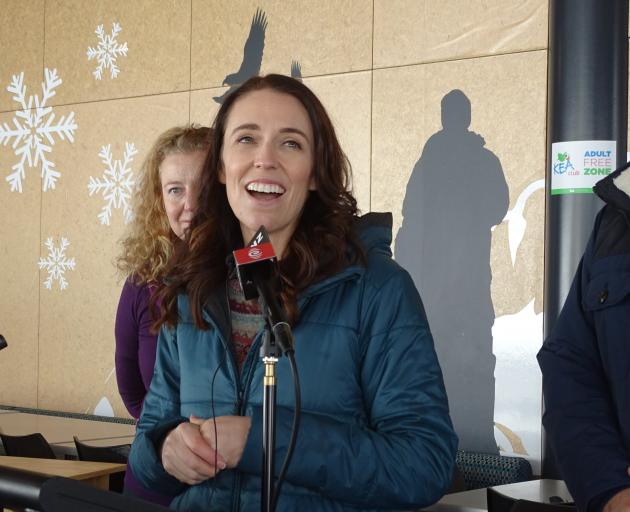 Prime Minister Jacinda Ardern says the key message to overseas skiers is "we’re open" for business. PHOTOS: CASS MARRETT
Ms Ardern said there was a lot of enthusiasm from both New Zealanders and travellers and that the key message was New Zealand was open.

"I had a few g’days as I came down on the chairlifts indicating that ... we will be seeing Australians come into the season. They make up 70% of our international tourists who come in to experience New Zealand skifields.

"They know they get a high-quality experience and in close proximity ... so the message today is ‘we’re open’," she said.

She acknowledged the key issue for Queenstown at present was its chronic staffing shortages, but hoped staffing numbers would rebuild alongside flight schedules.

"The capacity for people to move around the world, not just into New Zealand, is more restricted than it’s been before ... that naturally will slow a bit of movement globally," she said.

"We want to make sure that when [tourists] come to New Zealand, they do have a high-quality experience — in fact, that’s been the reason that we’ve been focused in working with the tourism industry to make sure that that is what we’re rebuilding here," Ms Ardern said.

Regarding help to address staffing shortage, Ms Ardern alluded to several changes that had occurred since her last visit to Queenstown, including fully opening working holiday visas and work with Immigration New Zealand and Tourism New Zealand on promotional activity.

"You also will have seen our announcements around immigration settings going forward, we’ve acknowledged that hospitality do have some real need.

"We’ve given a longer lead time for some of the changes we’ll see in that area to allow those who do have those shortages, to be able to source the skills that they need as well," Ms Ardern said. 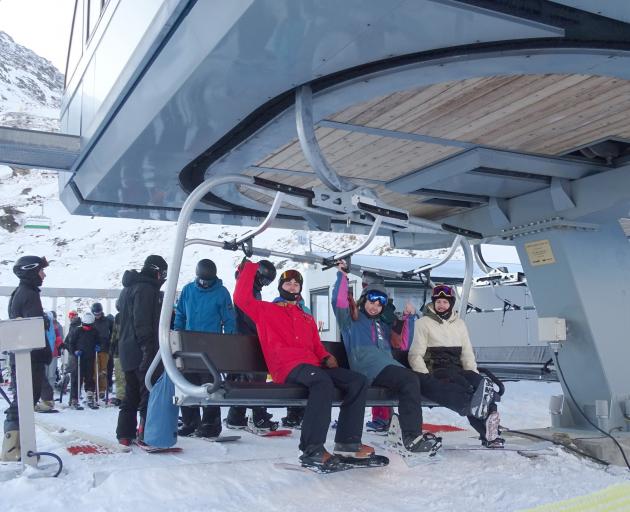 Enthusiasm levels are sky-high among those on the lifts.
While visitors were enthusiastic, the turnout of about a thousand skiers and snowboarders might not have been as busy as some previous open days.

After the Champagne was popped and cheers erupted, the early risers clambered on to chairlifts. 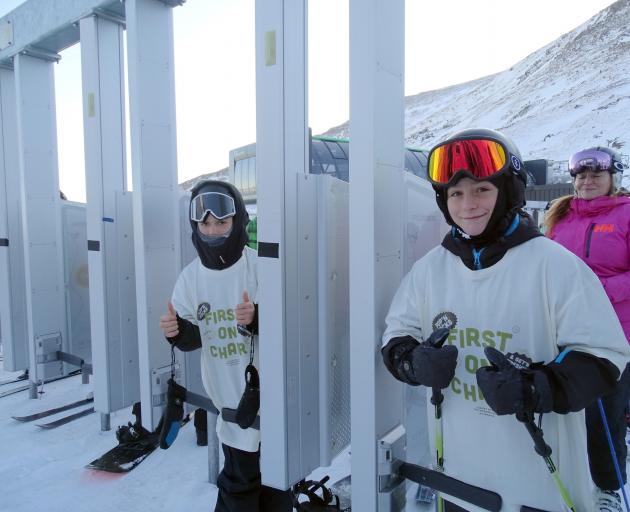 Zac said he had been skiing "since before I could walk" and had arrived about 8am in hopes of being first on the lift.

Also lining up was Nolani Ritchie, of Christchurch, who had nabbed first chair on Coronet Peak two days earlier.

Nolani said she arrived at the skifield at 1pm the prior afternoon and camped out to secure her spot at the front of the crowd.

"I did a few hours on Coro Peak skiing and then we came here.

"It was very freezing at night but it was great to be first chair, it was my dream."

Her dad, Terry Ritchie, said he was glad to brave the cold if it made his daughter happy. 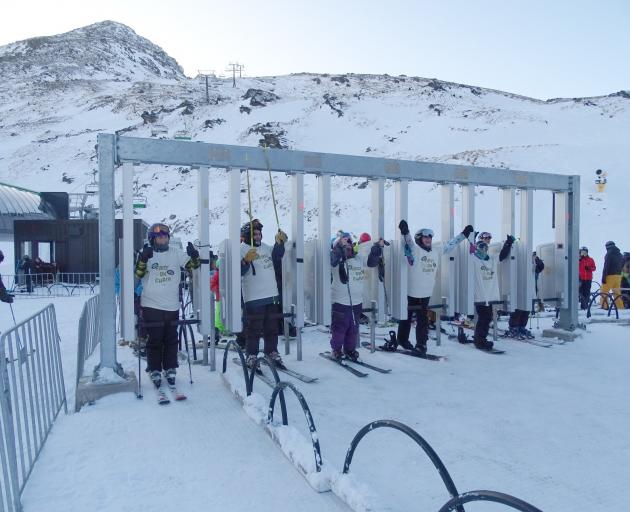 Skiers and snowboarders start lining up to be the first on the lift about 8am.
Three out of four lifts were spinning and despite some wind, conditions made for some "beautiful skiing".

Remarkables ski area manager Ross Lawrence said, "The snow at this time, it is dry, crunchy ... [and] cold temps hold that snow in very good condition."

Veteran skier Natalie Urbani said "it was a perfect bluebird day for it".

She got the record last year for "verticals".

"Every time you go to the gate you get so many metres for each chairlift," Ms Urbani said

Ms Urbani, who has been skiing for 30 years, hoped to beat that record this year.

Mr Lawrence said his hopes for the rest of the season at the Remarkables were "that the snow keeps coming - at night - and by day, they’re blue sky days and we have a great winter".