Pride rainbow not dimmed by pandemic 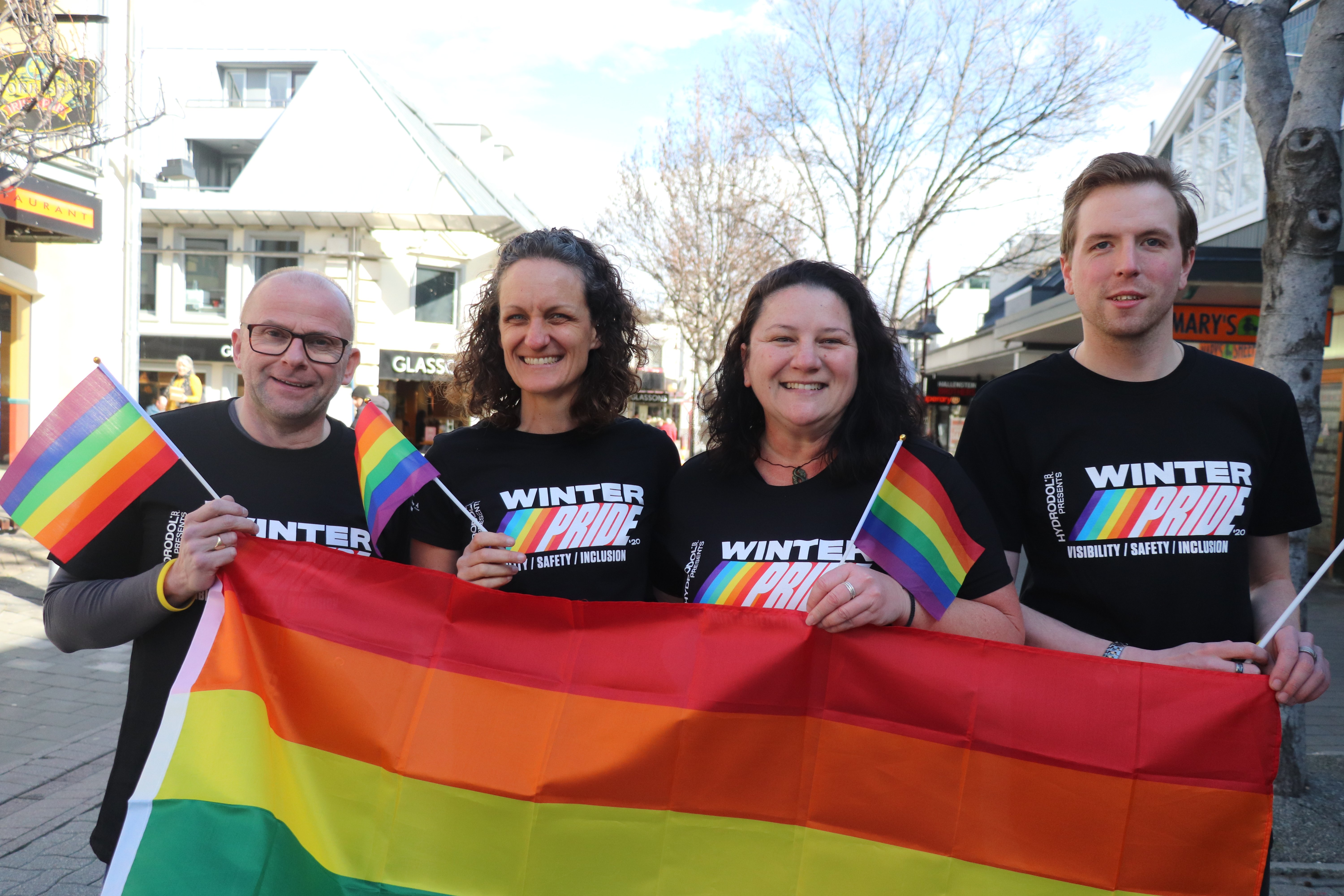 Winter Pride 2020 volunteers (from left) David Dewhurst, Mary Horan, Mini Watson and Aaron Ravenwood have been preparing to run a festival which complies with Covid-19 restrictions.PHOTO: HUGH COLLINS
Queenstown will be a rainbow of colours this weekend as Winter Pride comes to town.

That planning started when the country came out of lockdown in May; the team looked at how it would operate in all levels.

"It’s still a bit of a roller-coaster to be honest.

"Certainly operating at Covid Level 2 is going to be really, really challenging but also really rewarding."

Mr King said he and his team had established tight safety protocols and measures in order to be compliant with the current restrictions.

As a result, three events had to be cancelled. However, a number of seated performances were still scheduled.

"The bars and hospitality venues in town have been incredible at working with us," he said.

As Auckland was at Alert Level 3 until midnight tomorrow, visitors would not be arriving from the there until next week.

Yet Mr King was confident the festival would be in full swing by Tuesday.

"A majority of people coming are coming with groups of friends on a domestic holiday and getting some really well deserved time away.

"I also think this is going to be a great injection into town because I know particularly right now, that from all of the reports I’m hearing, Queenstown is particularly quiet."

Numbers would likely be about two-thirds of the 2019 patronage, he said.

"Australians are normally 40% to 45% of our total audience and we then get people from all around the world. But the domestic market has really stepped up and are filling that gap.