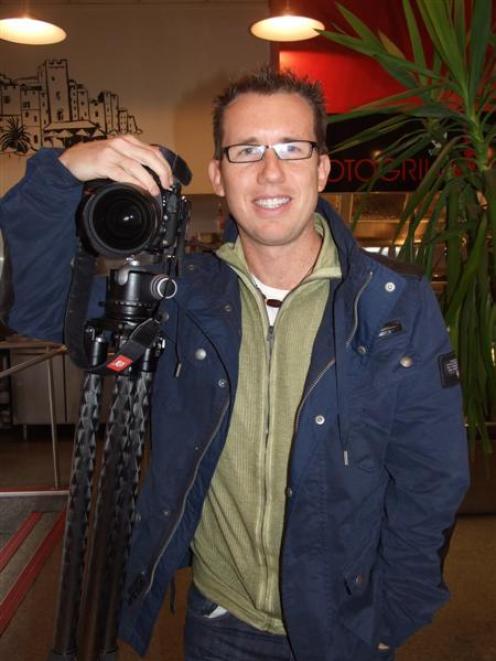 Mr Ratcliff specialises in high dynamic range (HDR) photography, which provides a greater contrast between colours. His travel photography blog is very popular on the internet.

Mr Ratcliff, who is from Texas, moved to the resort six weeks ago with his young family. The move was not just for work, he said.

"I'm known for being a travel photographer but I haven't been to all the places in the world.

"But New Zealand is the most magical - it just feels right.

"I thought it would be a wonderful place to raise my family, my three young kids.

"Also, the people in New Zealand are so wonderful, they're so laid back, and don't take themselves so seriously, and I dig that."

His blog, stuckincustoms, had amassed millions of followers he said either wanted to learn how to take better photographs or just visited the site for the visual pleasure.

The original intention of the blog was to document his experiments with HDR, and in the beginning his mother was the blog's loyal follower.

"I really just did it for myself.

The people that used to read the blog was me and my mum, but it turned out that there were other people interested in this style.

"Now everyone takes photos, and just want to take better photos.""Several things came together" which drastically increased the blog's popularity, and with the advent of its profitability, Mr Ratcliff was able to pursue his passion full-time.

He now employs about 12 full- and part-time staff.

"Google Plus has 350 million users and somehow I'm in the top 10, above Dolly Parton and the Dalai Lama; which doesn't make any sense because I'm just a photographer," he said.

Of the business, "We have a few things there that people can buy, for example a video tutorial and that costs money.

"[We] also sell apps in the apps store and we've had well over a million downloads."

Having originally studied for a degree in computer science, he admits he "came to photography in a very digital way" and said there was "something very right-brain and artistic" about the art form.

To maintain his world-traveller status he will continue to travel for around three months of the year, but not all in one go. His followers will see an increase in the number of Queenstown photographs.

"They like drama and romance and anything that feels cinematic."