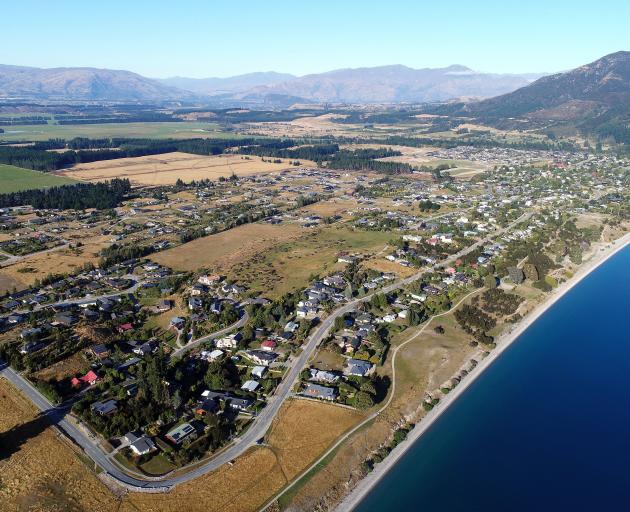 Those issues include the Southern District Health Board’s recommendation in 2014 for a second drinking reservoir, the Hawea wastewater treatment plant being non-compliant since 2017, a lack of public transport and a roading network that included two one lane bridges.

Committee member Rob White was in tears when he described the difficulties he had experienced representing the association at the council’s annual plan hearings last May.

"The planners and the council said there are no infrastructure issues [in Hawea], and unfortunately as it is just Joe Blow me, I don’t rank anywhere compared to an expert, so when an expert says there are no problems they get believed, I don’t."

Chairwoman Cherilyn Walthew described it as "an emotional roller coaster because you really are up against it. You are David and Goliath on this."

When a resident at the meeting suggested the association should become "more politically active", committee member John Langley responded.

"To those who are new to town, allow me to be very clear that the HCA was very politically active in opposing the Special Housing Area."

In April last year, the council granted Universal Developments consent to develop 465 residential allotments as part of a Special Housing Area outside the agreed urban boundary.

"We campaigned very strongly, lobbied councillors, a busload from here [Hawea] went to the council meeting, we drove to the minister, and we got legal opinions which supported our submissions," he said.

Hawea Flat St Ninian’s Church minister Aaron Johnstone said he had "benefited" from being able to move into one of the new subdivisions in Hawea and asked if it would be better to accept growth was going to happen.

"We have an opportunity to encourage it to happen in a positive way," he said.

Mr Langley said the HCA’s position was there was sufficient space for infilling within the current zoning north of Cemetery Rd.

"We were against it officially and are still against the SHA being where it is, end of story," he said.

An overwhelming majority of those attending the meeting voted for the council to "genuinely consult" with the HCA, specifically on the immediate roading and waste water issues.