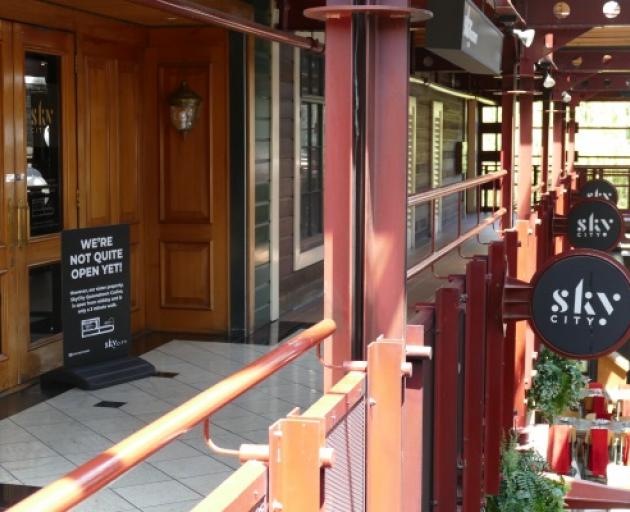 Wharf Casino could close in September next year. Photo: Scene
One of Queenstown’s two CBD casinos is likely to fold its cards next year.

Applications to the Gambling Commission by SkyCity, which operates both casinos, reveal Wharf Casino’s landlord may not renew the lease on its Steamer Wharf premises past September 8, 2021.

The lease is held by SkyCity subsidiary Otago Casinos Ltd (OCL), which has the casino venue licence.

According to the paperwork, the landlord won’t renew the lease unless OCL makes a significant capital investment in the venue "which would not be commercially viable".

OCL’s casino licence, however, doesn’t expire till September 11, 2024, with a subsequent right of renewal.

SkyCity admits that licence would be unusable if it can’t secure a new lease beyond September next year.

Nevertheless, it tells the Gambling Commission it doesn’t want to surrender the licence till it expires, and gives two reasons why.

Firstly, it says it’s possible the landlord’s decision not to negotiate a new lease "on commercially viable terms" might change.

Secondly, it’s possible the law forbidding a casino venue to be changed "an anomaly" be reviewed.

It wouldn’t comment on whether it wanted to include an in-house casino.

Local SkyCity boss Jono Browne, asked last year if it would like to relocate one of its two CBD casinos, said that wasn’t on the table.

"It requires a change of legislation, and currently it’s not possible."

The company currently operates a high-rollers’ room in its larger Beach Street casino.

Both CBD casinos opened in 1999, following a fair amount of controversy.

SkyCity bought Wharf Casino from Singapore-based Lasseters in 2013, and at times has struggled to run it profitably.

Browne this week refused to comment on the company’s applications to the Gaming Commission.