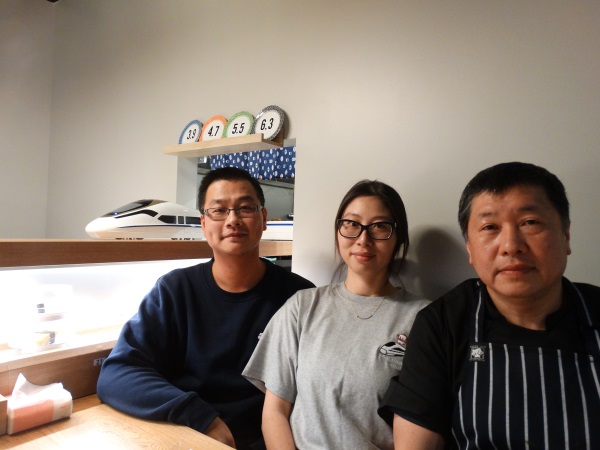 He was formerly Queenstown’s Aotea Gifts senior ops manager, but Covid saw Li up sticks and move to Auckland, working as a residential building project manager.

But Li and his wife, Maggie, kept an eye on Queenstown business opportunities.

‘‘When we saw the advertisement [for] this space, we thought, ‘ah-ha, good’, because we always wanted to open a restaurant that can give customers a very good dining experience in Queenstown,’’ he says.

Soki Sushi Train’s equipped with its own railway and custom-made wooden fish-shaped lights.

While sushi favourites revolve around the venue on a classic sushi train carousel, special orders, like sushi, ramen, and udon, and appetisers like oysters, karaage chicken, and edamame can be placed via a tablet for the bullet train to pick up from the chef.

While Li is still on the hunt for staff — ‘‘at this stage it’s only me: waiter, security, everything’’ — he feels ‘‘very lucky’’ to have secured former co-owner of Minami Jujisei, Koji Honda, as head chef.