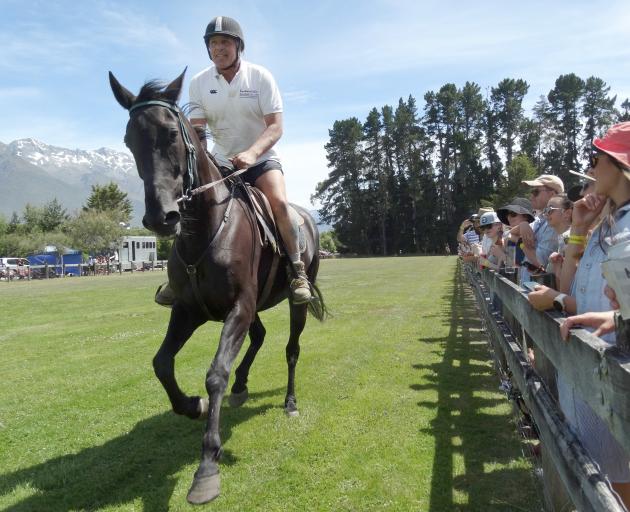 The unconventional race meeting celebrated its 60th edition on a hot, blustery day — a welcome contrast to the heavy rain that forced the first cancellation in the event’s history a year ago.

An estimated 1500 people from throughout the country turned up at the township’s recreation ground to watch about 25 horses and riders compete in 10 races on a card with names such as Saddling Race, Ladies Gallop and the Quarter Mile Sprint.

Crowd numbers were well down on usual. The event is usually held nearer the start of the month and attracts visiting holidaymakers.

The need for a Covid-19 vaccine pass would have kept others away. 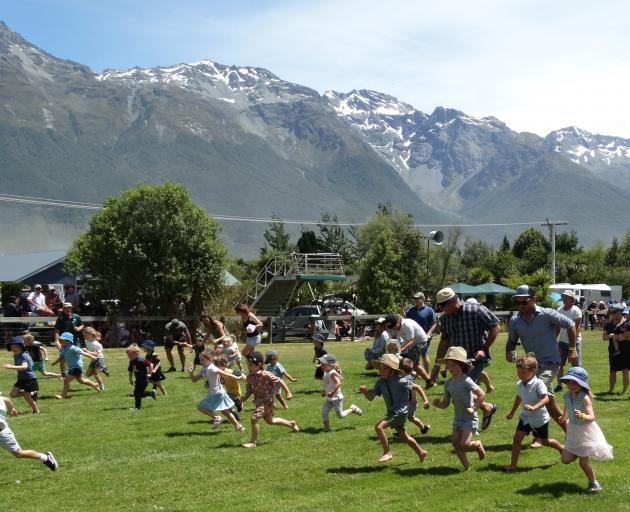 The running race for 4- and 5-year-olds at the Glenorchy Races on Saturday.
Lakeside Rugby Club president Alastair Wallace said horse numbers were down by about a half, which he attributed to some regular riders not meeting the vaccination requirement and the downsizing of the local horse-trekking industry.

However, the return of the event was a much-needed boost for the community, which relied on the income to maintain public facilities, support the primary school and assist local children in their sporting endeavours.

"We don’t want the event to fade out — it’s a great day for the community."

Among the volunteers was 77-year-old local identity Dick Watson, who has attended all 60 editions of the event after winning the first race of the first meeting in 1962.

The retired farmer, helicopter deer shooter and bulldozer driver said until then, the event had been a community sports day and picnic.

However, someone had pointed at the ponies and station hacks that had been ridden over from Routeburn Station and Kinloch and said "why don’t we have a horse race?"

"We didn’t have to think twice."

He last competed about 30 years ago, deciding to have a go again after a few years’ layoff, Mr Watson said.

"I couldn’t bloody walk for about a month afterwards."