Race not for the faint-hearted 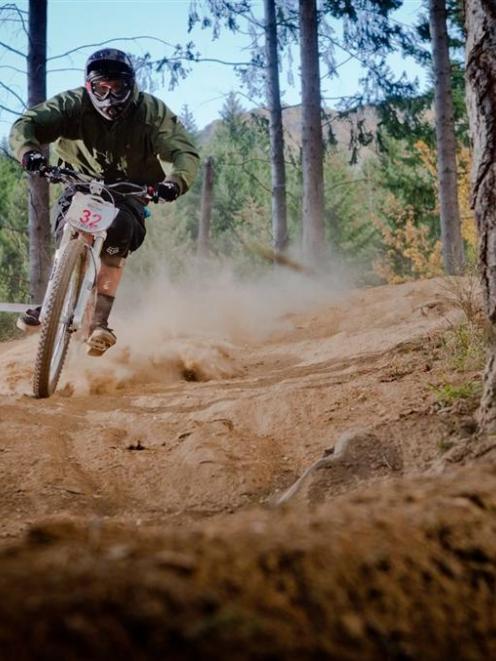 The race starts at the summit of the Queenstown Bike Park, with the support of the Skyline Gondola. The course was created by local downhill race-designer guru Blair Christmas.

Riders can expect a mix of flowing fun and white-knuckle technical sections that will challenge both the casual downhill rider and the professional alike.

The course, set to Union Cycliste Internationale standards, was built for the experienced downhiller with features such as speed, drops and air, organisers said.

The event has progressed over the past two years to reach an international standard, which has helped attract all top 10 downhill world racers.

''The course is not only thrilling for the riders; it's also very spectator friendly.

''The finish in particular, down the Brecon St steps, is a must watch for local sporting fans.''

Entries are open now and places in the race are filling fast. It is scheduled for Wednesday, March 27.

There are race categories for juniors, open, veterans and masters in both the male and female divisions.

Mr Hunt said the downhill was not for the faint-hearted nor the inexperienced, ''but for those who like a bit of extra sugar in their tea''.

For information and to register, visit the Queenstown Bike Festival website: www.queenstownbikefestival.com

The Queenstown Bike Festival runs from March 22 to April 1.