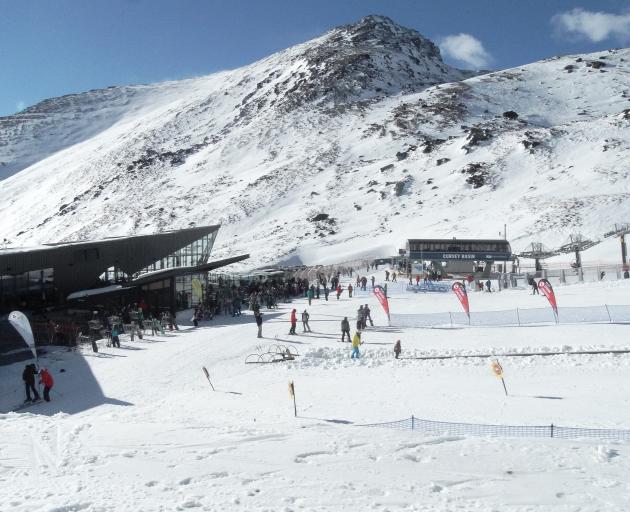 Outlining the plans to a business audience in the resort yesterday, NZSki chief executive Paul Anderson said it would expand the skiable terrain from the existing 385ha to more than 900ha to create a "truly world-class, multiple-basin resort".

Although a formal proposal on the expansion could be three years away, it had begun geotechnical studies on the feasibility of linking the two areas with a 200m-300m-long tunnel — wide enough for a snow groomer — through the mountainside from near the top of Curvey Basin, Mr Anderson said.

NZSki would install a 1.4km-long chairlift in the Doolans that would take visitors up to 1930m at Helicopter Ridge.

It was also getting specialist advice on the area’s suitability for skiing, safety aspects, the infrastructure needed and ecological and landscape impacts.

The company’s plans were driven by the expectation the Southern Lakes’ four ski areas, which included Coronet Peak — its other Queenstown skifield — and RealNZ’s Cardrona and Treble Cone, were likely to run out of capacity within a decade, he said.

NZSki had been talking to the Department of Conservation about Doolans for some time, and believed it could "enhance the conservation values over there".

"We know recreation is a really important conservation value, but we also want to enhance others like ecological, landscape, cultural and historical values."

Mr Anderson said the company wanted to be open with the community about its plans, and "get feedback from a wide range of people".

"We know it’s going to be a very long process."