Named after an early paddle steamer, The Mountaineer Room is the work of the Wakatipu Community Maritime Preservation Society, and was officially opened at the society’s annual meeting in the resort yesterday.

The room is an annexe to The Boat Shed Cafe, which was originally the New Zealand Railways shipping office, restored by the society about eight years ago, along with the neighbouring boat shed/slipway.

The new museum was created after a wall was pushed through into the slipway.

Society secretary Jeff Williams said it had been loosely modelled on the dining saloon of the Mountaineer, which plied Lake Wakatipu from 1879 until it was sold for scrap during World War 2.

The museum also housed models of all the early Lake Wakatipu steamers, including Mountaineer, another paddle steamer, Antrim, and Ben Lomond, loaned by Wayfare Group. 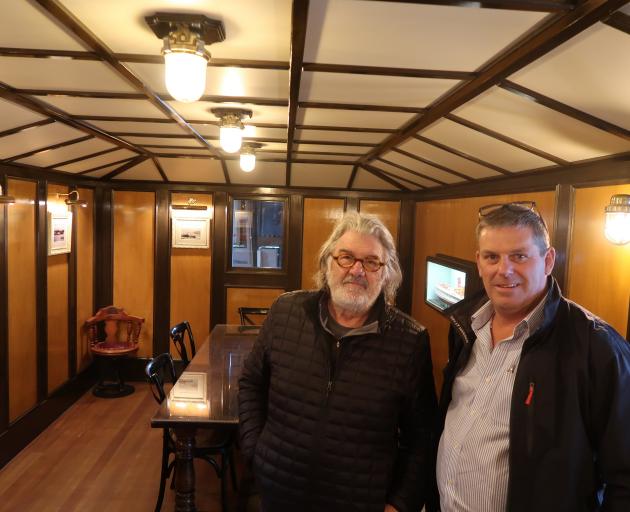 Restored chairs from Mountaineer were also in the museum and cafe while Bruce Tantrum, of Auckland, had painstakingly built a model of the steamship TSS Earnslaw, the only historic boat still in service, which took pride of place.

Mr Williams said it was fantastic to chronicle Queenstown’s colourful boating past because it had not been well recorded around the country.

"The lake had a huge maritime history — it was the motorway of its time, and Queenstown’s wealth was taken out on those boats."

The society was also looking for any other objects from the steamship era to possibly go on display as well.