'Saving the best to last': Rare Queenstown section for sale 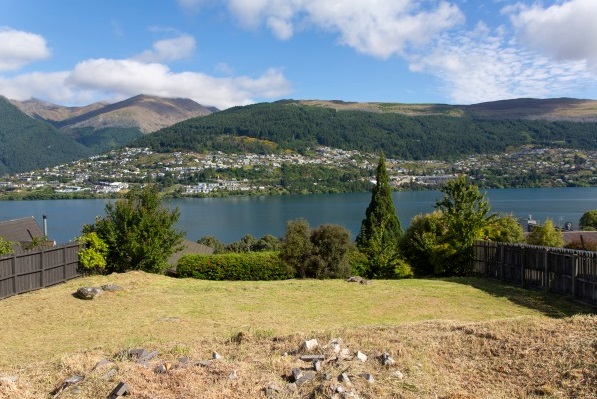 The section at Kelvin Heights, which has never been built on, will go under the hammer next month. Photo: Mountain Scene
It doesn’t get much rarer – a Queenstown section that has still not been built on 50 years after its title was issued.

And in highly-desirable Kelvin Heights, no less.

The section at 38 Oregon Drive is the last remaining one on the street and will be auctioned on-site next month.

Part of developer John Reid’s original Kelvin Heights subdivision, it’s been owned for the past seven years by an Invercargill couple.

Co-listing agent, local New Zealand Sotheby’s International Realty sales associate Gerard Bligh says: “There would have been a number of owners over that time who have reluctantly sold out, the same as my current vendors.”

“It’s always been a great area, quiet, sunny, north-facing and relatively limited in its size.

“In our marketing, we’ve said we’re saving the best to last.”

The section’s building coverage is 40 percent, but with two levels allowed, Bligh suggests a buyer could build an executive home with a 300- to 400sqm floor area.

“In the street there’s been some quite sizeable renovations of older houses last two homes that were sold on the street were to builders who were renovating.”

He says the street’s attracted a mix of owner-occupiers and holiday home owners from mainly Dunedin or Southland.

Given there aren’t many sections left in Kelvin Heights, he suggests an auction is the best sales approach, while having it on-site, at noon on February 1, will be extra special.

“It sort of creates a special atmosphere. And when you’ve got buyers on-site, they can actually see what they’re bidding on.”

Bligh, marketing the section with colleague Hadley van Shaik, expects it will sell above its rating valuation of $680,000.