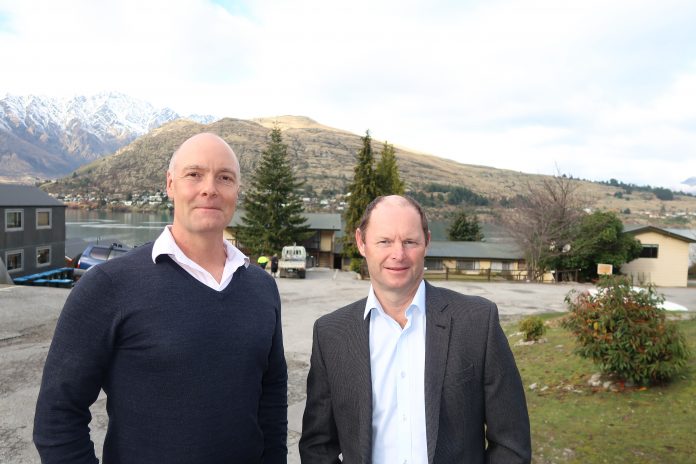 It plans building a five-star hotel at 633 Frankton Road, but is keeping its cards close to its chest on including an in-house casino.

The news comes a day after voting closed on the district’s non-binding public referendum on a five percent visitor levy, with an announcement on the result due by Monday.

Local SkyCity boss Jono Browne says an international-class hotel will fill a gap in the market for five-star accommodation.

“It’s also an advantage that we’re able to accommodate our own customers – it’s something we can’t do at the moment.”

SkyCity has two Queenstown CBD casinos, one on Beach St that has a high-rollers’ room and the smaller Wharf Casino.

Asked if SkyCity would like to relocate one of them to its new hotel, Browne says that’s not on the table.

“It requires a change of legislation, and currently it’s not possible.”

The local office of Warren & Mahoney is designing the 100-plus room hotel after winning an architectural competition.

It was bought by Cromwell’s Bob Perriam and local Harcourts principal Kelvin Collins 10 years ago for $3,150,000.

The sale was brokered by Harcourts Queenstown, while the buyers’ agents were local Colliers International hotel brokers Steve McIsaac and Barry Robertson.

What appealed, he says, was not only the property’s generous size – just over one hectare – but also its location immediately above Lake Wakatipu.

“Anything with a water view, people on holiday like to see it.”

The hotel can be stepped back due to existing terraces, however there’s also street-level land off Frankton Rd which can provide “an arrival statement”, McIsaac says.

Browne adds that SkyCity’s keen to build a jetty to ferry hotel patrons to Queenstown Bay.

Collins, meanwhile, says “it is good the property has been bought by a NZ company with the backing to build a quality hotel that the town needs”.

SkyCity needed OIO approval because it has a proportion of overseas shareholders.