Photo: Getty Images
The son of a Saudi billionaire has given part of $500,000 investment money, promised to New Zealand in a residency application, to Queenstown Lakes charities and organisations.

International philanthropic investor and NZ resident Ibrahim Al-Rashid was visiting Queenstown last year with his pregnant wife and their toddler when the country went into lockdown — they had intended to travel back to their Miami home in time for their baby to be born. 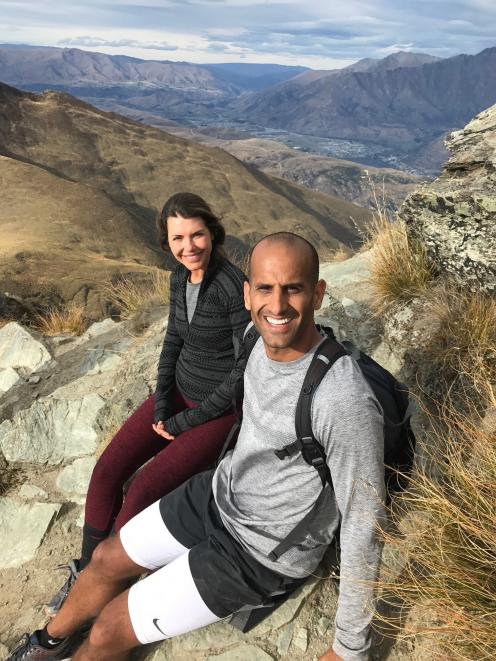 Ibrahim (right) and Ryann Al Rashid in Queenstown. Photo: Supplied
Malcolm Pacific Immigration owner David Cooper said the couple was so impressed with the Wakatipu community’s ‘‘kindness and friendliness’’ they wanted to give back.

He had also set up a charitable trust to provide scholarships to deserving high school pupils in the South Island.

Mr Boult said the trust wanted pupils to be able to travel and learn about other countries’ history, culture, art, music, architecture, politics, gastronomy and nature, increasing their awareness of the world outside New Zealand.

Mr Cooper said the funding in the Queenstown Lakes was additional to ‘‘the tens of thousands’’ the couple had already contributed to other NZ trusts and organisations, including the Tania Dalton Foundation, SPCA, and trusts for women in education, iwi and refugees.

He said while Mr Al-Rashid was one of the ‘‘few’’ investor migrants who had been philanthropic to a community at large, there were many other examples of philanthropic investment happening outside the visa process.

Some had given millions to NZ universities and supported conservation projects, while others had sat on boards of NZ companies, providing international experience or giving free lectures and public talks to share knowledge.

‘‘These people sometimes prefer to go under the radar, but one thing is for certain, our experience tells us that they don’t like to be told where they should put their money,’’ Mr Cooper said.