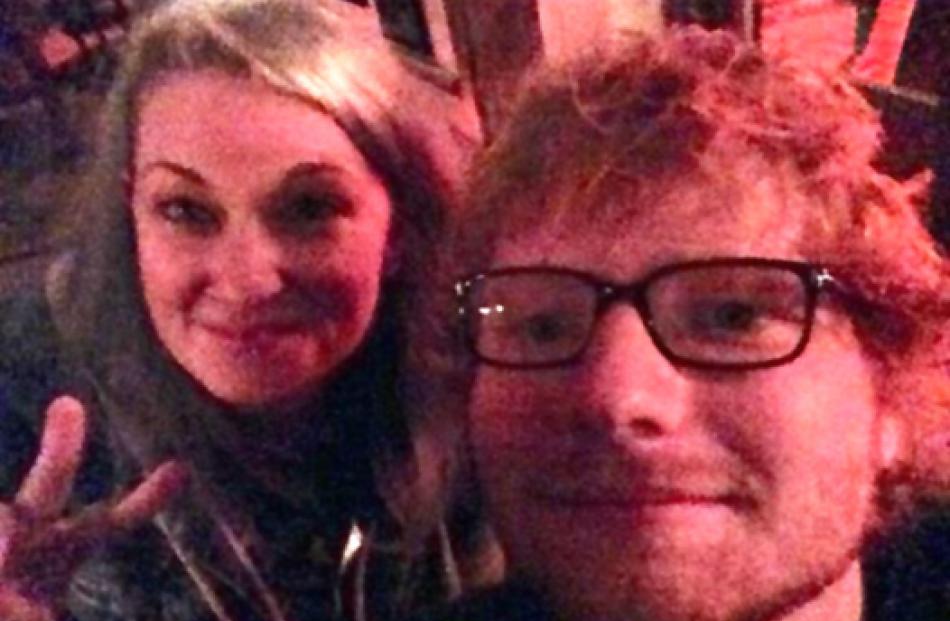 A lucky Australian is celebrating an encounter with English pop star Ed Sheeran in Queenstown on Monday night.

Nisse Perry, who is from Canberra, last week arrived in Queenstown, where she will work in ski rentals.

She told the Otago Daily Times she was in Searle Lane's Habana bar with friends - they were the only people in the bar - about 10.30pm when Sheeran walked in with a group.

"I didn't notice him until my friend said `Wow, that guy looks just like Ed Sheeran!'.

"I went up and asked for a selfie and he obliged and took it for me.''

She says she asked for the photo so people would believe the singer-songwriter was in the same bar.

"He seemed nice, though - friendly to anyone that wanted a pic, even though it was at the detriment of his own night out.''

He said on Twitter: "I've had such an amazing ride over the last five years but I find myself seeing the world through a screen and not my eyes so I'm taking this opportunity of me not having to be anywhere or do anything to travel the world and see everything I missed.''

Sheeran won two Grammy Awards last year, for best pop solo performance and song of the year, for the song Thinking Out Loud.