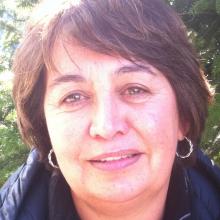 Hine Marchand
Queenstown Lakes District’s inequality gap has been put in the spotlight as more than a fifth of residents say they do not have disposable income.

Figures released yesterday from a quality of life survey sample of 1700 residents carried out by the Queenstown Lakes District Council showed 88% were either self-employed or worked full-time or part-time.

Despite the district’s high employment rate, 21% of respondents said they did not have disposable income and 3% were not able to cover their expenses.

Queenstown Salvation Army social worker Hine Marchand said the survey was a "good start" but actually "problems are much bigger" for residents than the results showed.

Mrs Marchand said: "It is up much higher for disposable income and the same for those who cannot cover expenses — 3%, I think that is incredibly low.

She said Queenstown residents are "exclusively not able to cope on that income" and the survey results did not seem like a "true reflection" of the problems people faced.

"Do you think that doing a survey would be a priority for those people that are struggling?"

The research showed strong evidence of an inequality gap, with 79% of residents considering their quality of life to be either good or extremely good and just over a fifth rating their lifestyle as average, poor or extremely poor.

Just over a quarter of residents mentioned that wages did not align with living costs in the district and 21% indicated that wages are generally low.

About 7% said their household income was higher than $200,000 and a further 7% declined to reveal their income.

The figures showed an almost equal split of people who rented and owned the homes they lived in.

About 30% of residents said they rented and about a third owned their home either with or without a mortgage.

Mrs Marchand said another big issue highlighted by the survey was access to vital care services, after 25% of people surveyed said they accessed mental health services in the last year.

"If I get a full-time counsellor at my work, either for free or much lower cost than what people have to pay, then I would be absolutely overloaded."

Growth in the district was also seen as a big problem, with 63% of respondents stating they were not comfortable with rising visitor numbers.

About a quarter of residents said they were not sure if they intended to stay in the district for less than two years.

QLDC senior policy and performance adviser Katherine Davies, who oversaw the research, said there was an "overwhelming response", which gave the council "great confidence" in the results. 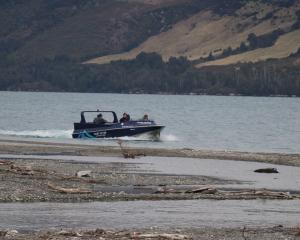