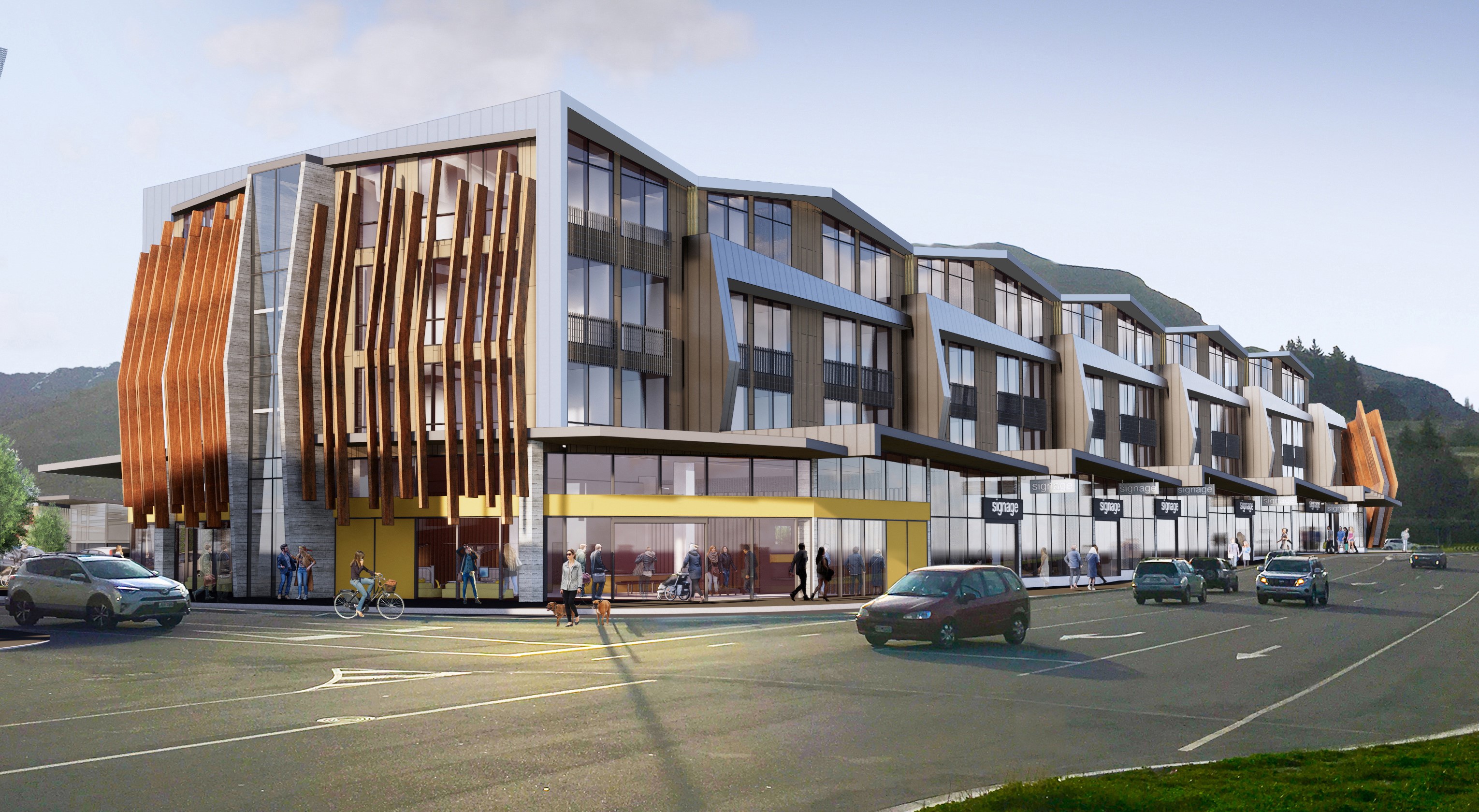 An artist's impression of the almost-complete Sudima Queenstown Five Mile, due to open next month. Image: supplied
Another hotel in Queenstown will open before Christmas.

The four-and-a-half-star 120-room Sudima Hotel, within the Five Mile precinct on the Frankton Flats, will open its doors on December 23.

It will be the third hotel opening, or about to, in recent weeks. Quest Queenstown, at Remarkables Park, opened at the beginning of this month, while Holiday Inn Remarkables Park, developed by QLong Investments Ltd, is due to open early next month.

Sudima Queenstown Five Mile - which its owners say is ‘‘reminiscent of an armadillo’’ - is the seventh Sudima Hotels property in the group’s portfolio, and follows the recent opening of Sudima Auckland City, while Sudima Kaikoura will launch next spring.

Sudima Hotels chief operating officer Les Morgan says while New Zealand’s borders may still be closed, the country was ‘‘open for business’’ and they had already seen increased interest and bookings for December, January and February.

‘‘Kiwis are wanting to travel to Queenstown as soon as they are able, which shows that local tourism is very important.

‘‘Our new hotel will be a home away from home for New Zealanders and adds to our vision of delivering the most accessible and environmentally-friendly hotels in key locations throughout the country.’’

Mr Morgan said the hotel’s prime location made it attractive to leisure, business and conference travellers, while it boasted four conferences spaces, with break-out rooms, and the option of private dining.

The hotel, which is aiming for certification to carboNZero as soon as possible after opening, offers an array of guest rooms, including family, with dedicated storage for bikes and ski equipment and free parking, located within Five Mile and directly opposite Queenstown Central.

Several ground-floor tenants have already moved in, including Kathmandu, Bivouac Outdoor, Redcurrent, Holly & Ivy and Peak Interiors, while others, including Skechers and Tanoshi are due to open soon.