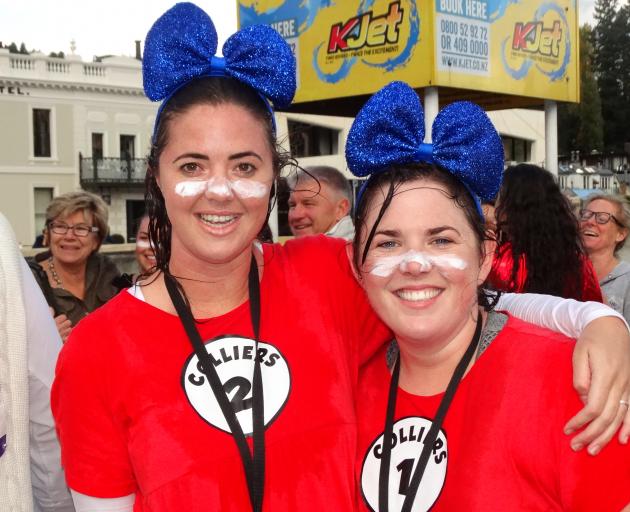 Colliers International employees Sarah Hoogvliet (29) and Raylene McQueen (33) were part of a 50-strong field for the three-day event, in which competitors had to hitch rides from Auckland to Queenstown, spending no more than $10.

The Queenstown residents returned home on Saturday, the last leg to Queenstown Bay courtesy of a KJet jet-boat.

The pair raved about the generosity of people up and down the country, making special mention of the Waitaki Valley.

''As soon as we got off at each town in the Waitaki we got picked up by the first car that passed,'' Mrs McQueen said.

That included a lift in the ute of Gavin McCaw - cousin of former All Black skipper Richie - between Duntroon and the rugby player's birthplace, Kurow.

''He'd been out fixing some irrigation system, on someone's farm in the Waitaki,'' Mrs McQueen said.

''He was your classic southern man. He was awesome,'' Miss Hoogvliet added.

Cure Kids chief executive Frances Benge, who also took part in the challenge, said it was one of the charity's most significant fundraising campaigns, bringing in more than $200,000 this year.

The money raised will go towards a significant research project.