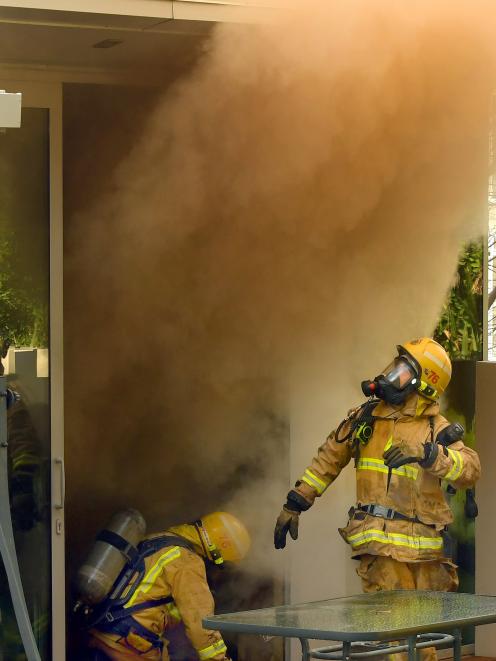 Firefighters crawl out of a smoke-filled house in Queenstown’s Lancewood Lane yesterday morning. PHOTO: STEPHEN JAQUIERY
A family from Australia holidaying in Queenstown stood in shock on the side of the road as intense smoke billowed from a property just metres from their holiday rental.

Firefighters were called to a house fire in Lancewood Lane, near Highview Tce, about 8.45am yesterday.

They arrived to find thick, dark smoke spilling out of the home, which is a short drive from the centre of Queenstown.

Tourists renting the neighbouring property were alerted to trouble after they detected smoke wafting into their Airbnb property.

Lynne Loakes, who is on a week-long holiday with seven of her family members, including two young grandchildren, raced to the back of her rental to see where the smoke was coming from.

Ms Loakes could see the place next door was inundated and the outside walls of the property were blistering.

"Smoke was coming from absolutely everywhere.

"It didn't smell like woodfire, so we knew something was wrong," she told the Otago Daily Times.

Her son ran next door to the smoke-logged home to alert anyone who may have been there.

He found the front door wide open, but he could not get to the second floor of the property due to intense smoke clogging the entire house.

They phoned emergency services and were told to evacuate immediately.

"We moved the cars to make room for firefighters, then we grabbed our suitcases and got out." 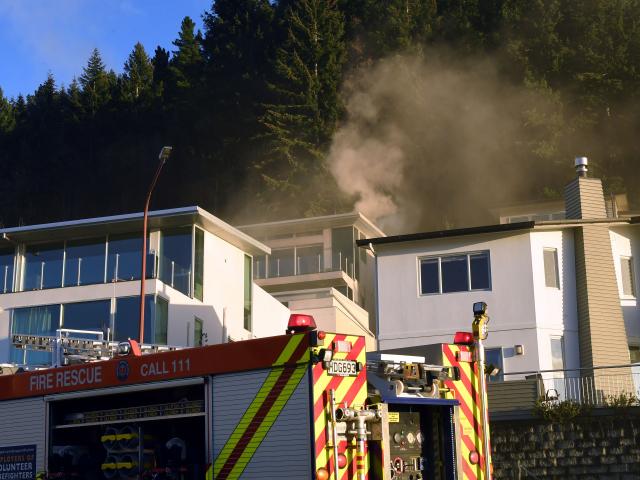 Fire and Emergency NZ spokesman Daniel Reilly said no-one was at home at the time of the blaze.

Mr Reilly said a fire investigator would be assessing the property this morning to work out how it started.

The incident comes as firefighters in the South have been kept busy by a spate of fires across the region, including a house fire in Invercargill yesterday and another one at a rural property in Invercargill on Tuesday.