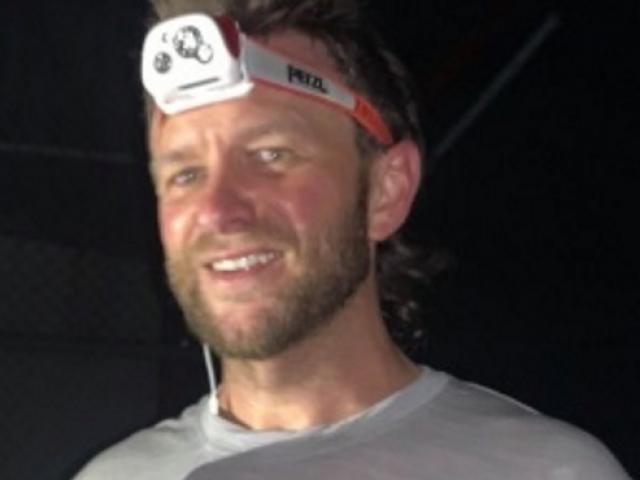 Adam Keen
A Queenstown ultrarunner last month equalled the record for what is touted as the world’s longest 24-hour race.

The 36-year-old, who’s spent a year growing his now-trademark mullet, has competed in all three editions of Crush the Cargill.

In 2017, he only ran for eight-and-a-half hours, completing six summits, then in 2018 he notched up 12 summits, “but I probably slept four or five hours”.

That second year, Dunedin’s Chris Bisley set the record with 17 summits - “he was going like an absolute maniac”.

Keen says he didn’t set out to match or better that feat last month, in fact in the week leading up to it he completed three Routeburn Tracks, notching up about 100km.

However the field set out fast, “and after 12 hours we were on track to do maybe 18 summits”.

About four hours in, he tripped badly downhill, then rolled, scraping his knees, elbows and back. Fortunately he didn’t break anything, so he put it behind him.

Keen says he only rested for a minute or two after every lap.

Running for 24 hours wasn’t a problem for someone who has run even longer.

“It’s just like a night out in Queenstown” - in fact he even managed to down a tequila shot and a beer during the run.

Keen says winning the race and equalling the record in his home town was “a dream come true”.

“Crush the Cargill’s become this crazy event that everyone’s talking about.”

Not that he’s resting on his laurels. Next Saturday, he’s again contesting The Ultra Easy 107km run on peaks around Wanaka.

Then he’s competing again in the Riverhead Backyard ReLaps Ultra in Auckland in April, which has been called New Zealand’s “cruellest ultramarathon”.

It’s a ‘last person standing’ race which continues till the final runner’s completed a 6.7km lap.

At last year’s inaugural event, Keen was the last man standing - he completed 28 laps before conking out on his 29th.

However the last person standing was a woman who completed 30 laps.

Keen, who’s just started a running/strength coaching business AerobicEdge.com, says the thrill of the event is “literally seeing how far the human body can go”.

“I’ve definitely pushed those limits the last couple of years.”