Vigils in Queenstown and Wanaka 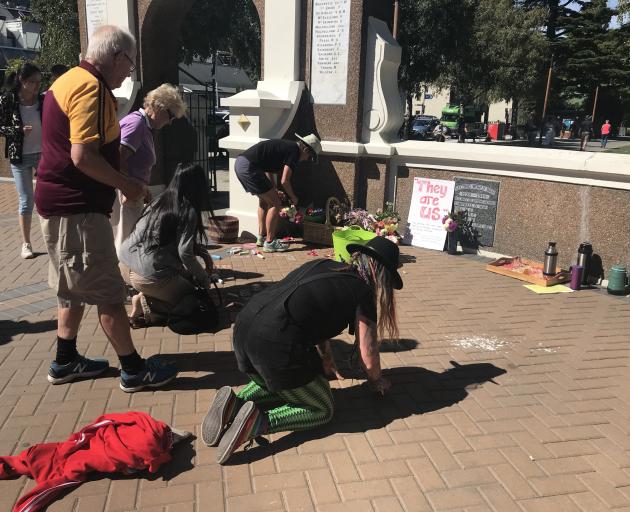 Photo: Daisy Hudson
Queenstowners have been showing their support for victims of the Christchurch terror attacks.

A gunman attacked two mosques during Friday prayers, killing 50 people and injuring dozens of others. One man appeared in court yesterday charged with murder.

A small vigil organised by the Catalyst Trust was held at the Memorial Gates this afternoon.

People scrawled messages of support in brightly-coloured chalk on the concrete path as John Lennon's Imagine played in the background.

Among the messages on the path were the words: 'He is one voice, we are many', in the middle of a large love heart.

The national anthem was also sung, as people continued to gather, and flowers were left in tribute to lives lost.

The Queenstown Lakes District Council announced today it would hold a vigil at the Village Green in Queenstown led by Mayor Jim Boult at 6pm tomorrow.

A vigil would also be held at Wanaka's foreshore led by Deputy Mayor Callum MacLeod at the same time.

Another public vigil was also planned for 7pm Wednesday at Queenstown's lakefront.