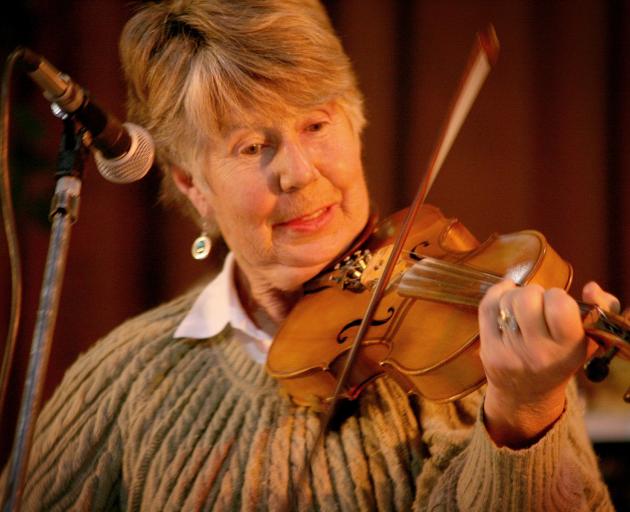 Noelene Tait, of Queenstown, pictured playing the violin in 2011. Mrs Tait was killed in a car crash on Frankton Rd on Tuesday.PHOTO: ODT FILES
The woman killed in a crash in Frankton Rd has been remembered as a talented musician and amazing woman who "loved people".

Noelene Margaret Tait (84), of Queenstown, died at the scene of Tuesday afternoon’s crash.

Long-time friend Peter Doyle, of Queenstown, said the violinist was one of the original members of the Arrowtown-based Arrow Miners Band.

She had lived in Queenstown about 30 years, having moved from Invercargill, where she was a long-time nurse at Kew Hospital, now Southland Hospital.

Irish music was "her big deal" and she often performed at the Fork and Tap’s Irish music nights on Wednesdays, and was a regular entertainer at the Bupa and Abbeyfield retirement homes.

"She was a hard thing because, although she was 84, she used to say, ‘I’m going to go down and do something for the oldies’," Mr Doyle said.

"She was probably bloody older than most of them there."

A requiem Mass to celebrate Mrs Tait’s life will be held at 1.30pm tomorrow at St Joseph’s Parish in Queenstown.