Lodge at The Hills. Photo: supplied
Wealthy overseas tourists are champing at the bit to return to Queenstown, but the wait has caused one high-end accommodation provider to cut almost all its staff. 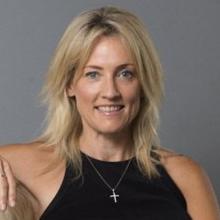 Jacqui Spice. Photo: supplied
Queenstown-based Touch of Spice has operated for 15 years, building up a portfolio of hundreds of properties across New Zealand offering luxury stays on behalf of property owners.

Chief executive and founder Jacqui Spice said the company had gone from strength to strength before Covid-19 and she had built up a team of 22 full-time staff.

She was left "devastated and went through every stage of grief" after the pandemic halted her thriving business and she was forced to let go of all but four employees.

A company restructure led to her handing over control of almost all properties to Amazing Accom, an international online booking agent owned by a Queenstown resident.

Ms Spice said she would now focus on 15 "residences and mega villas", which she first began managing four years ago after noticing a gap in the market.

"I could see it happening for years. We were getting more and more high-net worth clients willing to spend more on a big villa than stay in a hotel or lodge."

Stays at these luxurious homes ranged from $3000 a night to $38,000 a night - the most expensive being Lodge at The Hills in Arrowtown - and Ms Spice was confident the demand was there once the border reopened.

"I think they are ready to jump on their private jets and get down here as quickly as they can."

Ms Spice said all tourism was important, but her clients often spent big on helicopter tours, heli-skiing, art, interior design and more while visiting the resort.

He said it would combat reduced tourist numbers, a desire to travel in smaller groups and an inability to recruit enough staff.

"Less people in New Zealand is probably better in the long run so we need to figure how to get the same revenue out of a smaller market."

He said agents Imperium worked with in the US and Australia had reported "the appetite for their clients to travel to New Zealand is through the roof".

Mr Cavanagh said although staffing levels were down from 100 to about 65, the company would look to recruit to full strength when the transtasman bubble opened.

"We have got 14 rooms here and we have more staff here than a 200-bed hotel down the road, because the level of service employs a whole lot more people."

He believed some wealthy clients would be willing to pay for quarantine to stay in New Zealand and suggested this could be trialled as a soft opening of the borders.

Rich people do not care if they spread the virus around. The only tourists who should be allowed in should be from countries that have eliminated the virus. Otherwise it is two weeks quarantine. So far no vaccine is offering 100% protection, so if 100 rich tourists are allowed in because they have vaccination documents, 5 - 10 of them can still be carrying and spreading the virus. If a 1000 come that will be 50 -100. These business people put their profits before the safety of Kiwis, and Kiwis should keep that in mind when considering their businesses.