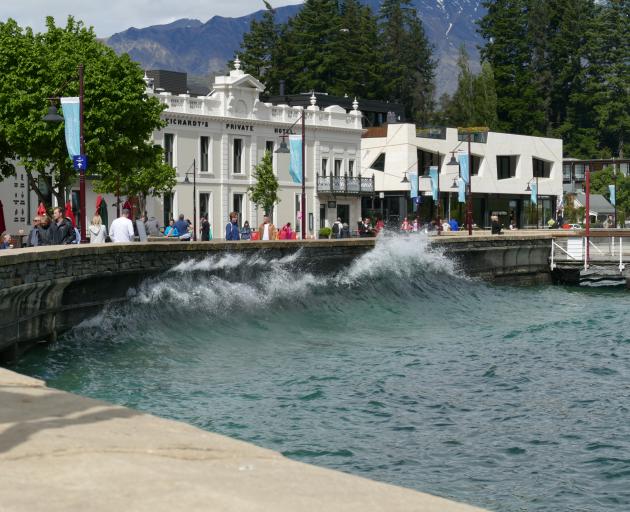 Lake Wakatipu. PHOTO: TRACEY ROXBURGH
Queenstown business owners say the outcome of a ferry trial on Lake Wakatipu will determine their firms’ futures, and are pushing for it to go ahead — sooner rather than later.

The Otago Regional Council’s public consultation about its proposal to add Frankton Arm to a Queenstown Bay public transport ferry service has been met with mixed emotions.

Hydro Attack, which operates from the Lapsley Butson Wharf, said the water ferry plans had the business in limbo.

At annual plan hearings on Monday, co-owner David Lynott told councillors Hydro Attack was only being offered a short-term lease of the wharf, which is owned by the Queenstown Lakes District Council (QLDC) with a plan to use it for a long-term public transport ferry service.

‘‘The issue we have is no medium- to long-term lease is being considered, making it very hard for us to invest and plan for our business’ future.’’

He said it was important to develop a five-year business plan, particularly amid the uncertainty caused by Covid-19.

Mr Lynott urged the ORC to go ahead with the trial, in order to get some answers.

He said, with four weeks left of his firm’s lease, the lack of security and possibility of being displaced was ‘‘soul-destroying’’.

Owners Wayne and Betty Perkins believed the demand for the ferry service would not be big enough among locals; it was more often used by tourists, who were now few and far between.

Mr Perkins wanted the trial to go ahead as soon as possible.

‘‘It is a fabulous time to run the service to see if the locals actually use it’’.

Mrs Perkins said it was hard to run a business while only being offered a temporary lease.

‘‘We are in limbo ... we cannot even sell the business with no lease.

‘‘It is quite stressful not knowing what is going on.’’

QLDC media and channels adviser Jack Barlow said it was ‘‘currently in discussions’’ with operators of the wharves, and had offered them a 12-month extension to their existing leases.

‘‘While Covid-19 has caused delays to the lease renewal process, we are confident a positive outcome will be reached in the near future.’’

The thought the my ORC rates will be used to run this trial totally discusses me.
It's as ill-conceived as the discussions about commuter rail for Dunedin.
Claiming the securing wharf leasing, run by the QLDC, was an issue in these times, is deceptively disingenuous. Who else is rushing to take up a long term lease at this stage of this economic meltdown.
Subsidising a ferry service that had proved to be uneconomical in a buoyant QT economy with ORC rate payer money was mad entitlement thinking by the elites before the QT economy crashed, let alone now.
Come up with a new plan guys.
One that doesn't require you to prostrate yourself in front of the public purse with your hand out.
There is no dignity in that.