Southern health officials prepared for the possible arrival of the potentially lethal coronavirus as Australia confirmed its first cases of the disease over the weekend.

First diagnosed in Wuhan, China, the virus has been reported in 12 countries, including the United States, France, Canada, Malaysia and Singapore.

Along with four cases detected in Victoria and New South Wales — involving four men who all had connections to Wuhan — more than 2000 people worldwide have contracted the disease.

Fifty-six people have died from the coronavirus, a new illness which has flu-like symptoms and which can cause pneumonia.

Susan Jack
"Although there have been no cases identified in New Zealand we need to be prepared,” Southern District Health Board medical officer of health Susan Jack said.

"The public shouldn’t be alarmed but they should be aware that the virus could circulate in New Zealand ... they can be reassured that the Southern DHB and community health providers are preparing in the event we have cases."

An "emerging infectious diseases co-ordinating committee" (EIDCC) has been set up, which Dr Jack said would meet regularly while the threat from coronavirus existed.

It was in close contact with the Ministry of Health and the World Health Organisation, and would provide regular updates to clinicians and the public through the Southern Health website, Dr Jack said.

"Linking into the EIDCC is an expert advisory committee whose role is to work through operational risk, needs and challenges."

From today, public health staff will begin meeting flights from China to check for passengers who might be unwell, and to provide advice and information, Health Minister David Clark announced yesterday.

He told the Otago Daily Times "no system is perfect, because people can remain unsymptomatic for a long period of time".

David Clark
"In that way it is very similar to the common flu ... but the best first line of defence, which we have had in play for a while, is to have information available to people about what to do if they do develop symptoms."

Public health information was available in both English and Chinese, and was available to the wider public through the Ministry of Health website, Dr Clark said.

New Zealand regularly stages pandemic exercises, and held a major one in 2018 to coincide with the centenary of the 1918 influenza pandemic.

"Our plans are up to date, and people have been through training exercises on what to do," Dr Clark said.

He will tomorrow present to Cabinet a paper recommending the new coronavirus be made a notifiable disease.

As yet there was no known case of human to human transmission of the virus outside of China, which meant the novel virus might not be as dangerous as other viral outbreaks in recent years, Dr Clark said.

"People who have died of the disease in China have also had other pre-existing conditions, but that doesn’t mean to say that we should not be well prepared."

New Zealand health authorities were in daily contact with overseas agencies and were working closely with Australia to co-ordinate the two countries’ approaches.

"I think it’s better to be on the cautious side rather than have any regrets later, which is why we are putting these additional steps in place now."

In China at least 13 cities, covering 36million people, have had lockdowns and travel restrictions put in place.

Coronaviruses are a large family of viruses, which includes the common cold.

The current virus is a new strain, probably transmitted from an animal.

The new virus is very like influenza; symptoms include fever, coughing and difficulty breathing.

Travellers from China who become sick within a month of arrival in New Zealand should seek medical advice. 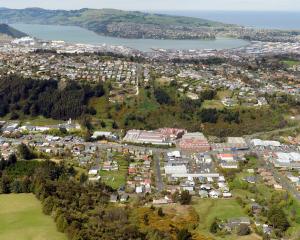 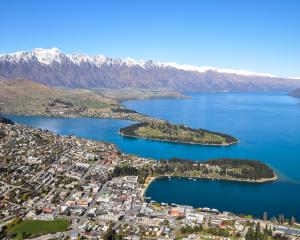 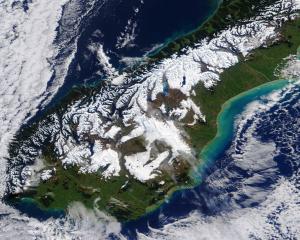