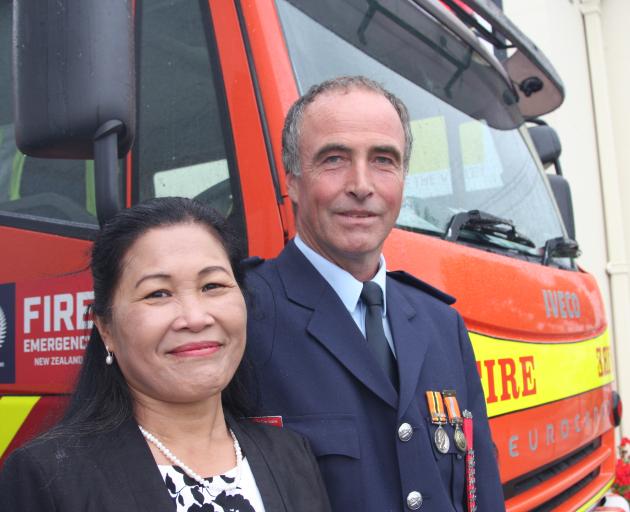 He was recently awarded a gold star for 25 years’ service, at a ceremony held at the Kurow Fire Station, the place where his career began.

Mr Cochrane, who lives in the small Waitaki Valley township, said he did not take a lot of convincing to join up, considering his father was also a member of the fire service between 1958 and 1996.

"I was just doing the community thing, really. I must have been talking to a couple of guys who were in the fire brigade at the time and they said come along, so I did and I never left."

He vividly recalled his first callout — a car accident in the Hakataramea area.

"I didn’t actually go in the truck, I went along with the chief fire officer in his own vehicle. It was a Saturday night. I remember not feeling overwhelmed, but a bit staggered about what the fire brigade does."

Little did he know approximately 11,058 callouts later, he would still be happy to suit up and do his bit.

Mr Cochrane said he quickly learned to be prepared for anything when a call came through, which had served him well ever since.

He enjoyed the camaraderie of being part of the fire service, but said he was unable to single out a particular highlight.

However, he admitted the gold star, presented by Pleasant Point Volunteer Fire Brigade Chief Fire Officer Brian Schimanski, was near the top of the list.