By Daisy Hudson
0 Comments
The heroic actions of Lake Ohau residents and first responders have been lauded as almost certainly saving lives during the fire.

Fire and Emergency New Zealand (Fenz) Te Kei region manager Mike Grant said Fenz carried out an operational review into the fire, which found the incident was well managed and had good strategies to ensure the priority was always the people affected by the fire.

The wildfire risk to the village had been recognised as part of risk reduction work several years ago by previous rural fire authorities, which developed a tactical fire plan. 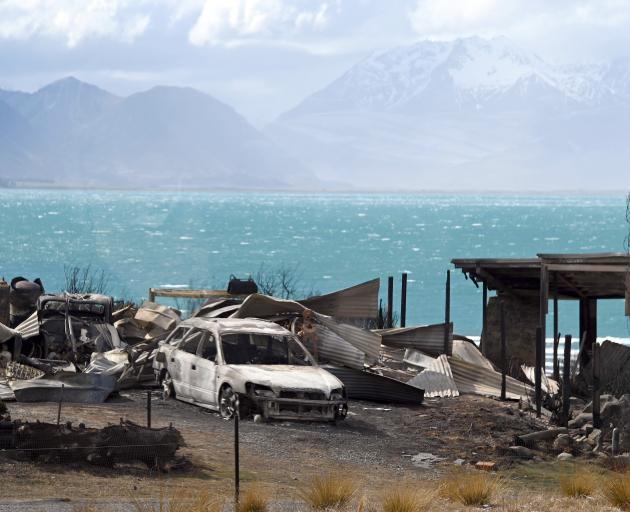 Burnt-out remains in Lake Ohau village. PHOTO: CRAIG BAXTER
The Waitaki District Council placed a fire siren in the village to alert residents if an evacuation was ever required.

The siren, able to be easily activated by any resident or visitor to the village, played a key role in alerting residents of the need to evacuate immediately when a fire was noticed, the operational review found.

It also outlined the efforts of both members of the community and first responders to get residents out safely as the scope of the fire became apparent.

Residents drove around to ensure people were evacuating, with one using his car horn to alert people to the danger.

A police officer broke into one house, where they found the occupant still inside.

The officer was able to evacuate him as flames encroached on the house.

The actions of those involved in the immediate response almost certainly saved lives, Mr Grant said.

Waitaki Mayor Gary Kircher said one of the key messages for the district was that it needed to be prepared, as there would be more of those types of events in the region.

"Our thanks and appreciation go out to all of the firefighters involved, as well as all those involved in the support and recovery effort.”