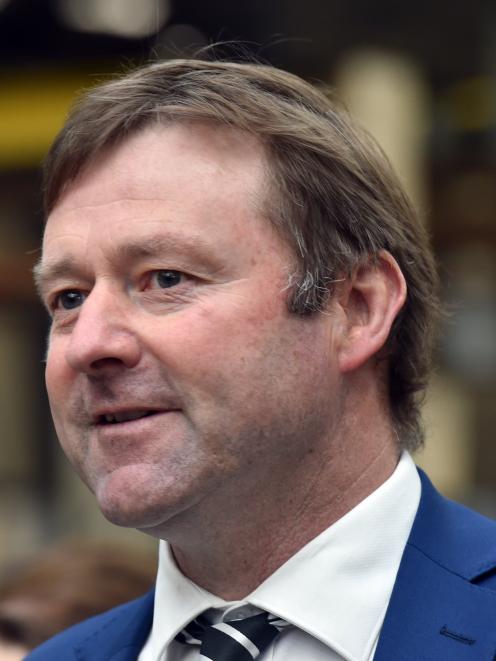 Mark Patterson. Photo: ODT files
A southern MP says a recent $1.2 billion cash boost for KiwiRail could be a "game-changer" for the Clutha economy.

An inland port provides a remote storage hub for export goods such as logs and frozen produce, linking a region’s production zones and sea port.

Mr Patterson said the $1.2 billion funding for KiwiRail announced in the recent Budget could help provide the upgraded rail network essential for such a facility.

Mr Patterson said the area was a natural crossroads between Central Otago, Southland and Dunedin, and had a "compelling case" for selection.

"The studies have shown we need to move additional freight on to rail, and this idea has the support of both Dunedin and Clutha [councils].

"Experience elsewhere shows that where you have an inland port, major industry follows, so this could be a game-changer for Clutha."

On June 11, Clutha District Council is expected to finalise the rezoning of more than 330ha of land between Milton and Milburn to industrial.

"The zonal changes and financial investment we’re now making in Milton are building blocks we’re laying for a more vibrant future for the district.

"We’ve maintained for a long time Milton has Clutha’s greatest potential for growth. If ever we needed that potential realised, it’s now."

Now we are talking sense.
Looks like there is even enough trees in the area to fuel the new hospital and CBD.
It would free up the inner harbour land currently used by the port and remove the requirement for them to continue expanding in Port Chalmers.
These Southerners are so practical, I love it.
'If we had this, we could do this and that and even better, this with that and opportunities would increase, more work, stronger, wealthier communities, healthier kids. Aahhhhh; a hopeful positive, realistic outlook towards the future; happiness'
Compare that to the Dunedin city, pool of great minds.
'In 12 years we are all doomed. There will be no turning back. We must warn the kids. Get them protesting so older people get the message about how selfish and stupid they are. We've got to stop using cars. Cars are bad. If we stop using cars, we are good. We work too much. We consume too much. We need government to give us all money for nothing because work is only available to some and that's not fair. If we all had to take the bus, we are equal. That is fair and good. Most fit in the basket of deplorables category, that is why those of us that know better must be firm.'
Puke !!!