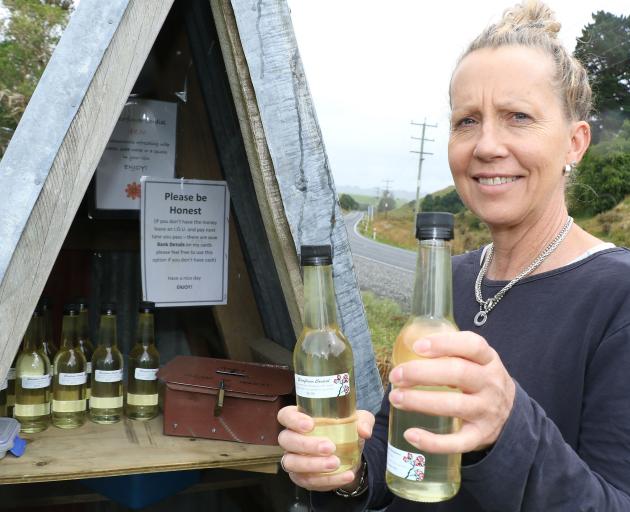 Jo Heslop, of Manuka Gorge, restocks her quirky roadside stall with elderflower cordial after 11 bottles, the shelf and the cash box were taken at the weekend. PHOTO: JOHN COSGROVE
Wanted: A sweet-toothed bandit.

Manuka Gorge resident Jo Heslop confesses to being confused about a recent theft on her property.

"Why did they have to take all the elderflower cordial, the shelf and the money box too?"

Late last Saturday, someone stopped at Mrs Heslop’s well-known roadside stall near the end of the Manuka Gorge on State Highway 8 and removed 11 bottles of her prized elderflower cordial, the shelf they were on and the cash box.

"It must have been a bit of a struggle as the stall is an A-frame structure, so they would’ve had to wiggle it around a bit just to get the shelf out and then somehow fit it all in their car," Mrs Heslop said.

"They were, however, very considerate because they carefully moved a bottle of hand sanitiser and a stack of business cards to a lower shelf so that they wouldn’t knock them over."

She discovered the theft early on Sunday.

"I usually leave a few bottles out overnight because several of my regular customers work late or are truck drivers and they like to stop in occasionally and buy a couple of bottles as they drive past late at night.

"I still don’t know why they took the cash box though because if they had just shaken it they would have discovered there was no money in it anyway."

"I pick the elderberry flowers in large bunches from around the farm between the end of October and beginning of December. The flowers look a lot like hawthorn flowers and that confuses most people," she said.

She produced about 1100 bottles each year which she sold from the stall or gave to family and friends.

Before last weekend’s theft, there had been a prominent Canadian flag next to the stall — originally given to them by friends — but that been stolen a couple of times before too, Mrs Heslop said.

While the theft of the cordial was slightly amusing and not a big deal in the big scheme of things, "I still feel it’s pretty disgraceful to take something and not pay for it", she said.

"If they wanted the drink so badly all they had to do was come up to the house and I would have given them some anyway." 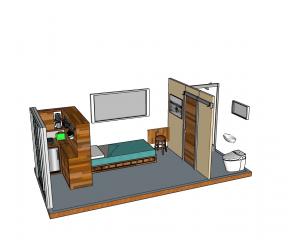 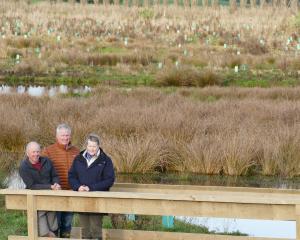