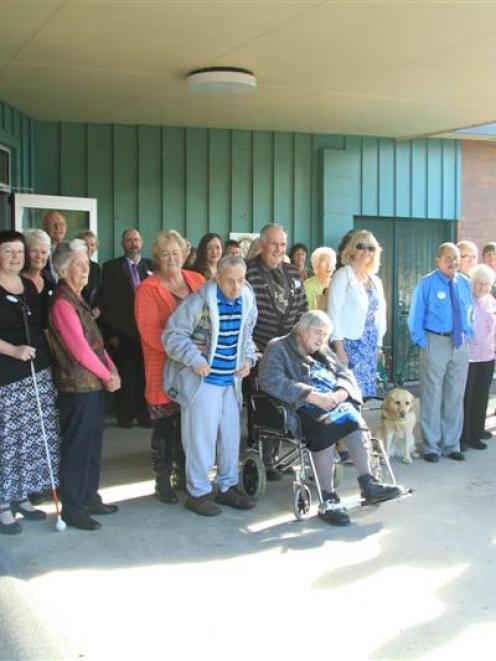 Since 1890 the foundation has provided support and equipment to help blind people live normal lives, and now has about 55 members in South Otago, president of the community committee for the Blind Foundation in South Otago Doug Keen said.

South Otago was the first place in New Zealand to commemorate the anniversary, he said.

Mr Keen, who has been president of the committee for the past five years, has 5% vision in one eye, he carries a cane, and enjoys ''listening books''.

His sister Margaret has volunteered to be his driver. But 11 years after losing his sight, he said it was important for others to learn about the blind.

Mr Keen lost his vision in 2004 after contracting a virus at work after eye surgery to treat another, unrelated condition.

He said there were still some misconceptions about blind people in New Zealand.

People do not need to speak any louder to the blind, for example, he said.

''They think because we're blind, we're deaf, or we're dumb.

The Blind Foundation in New Zealand's helps 11,700 people who are blind or have impaired vision to participate fully in life.