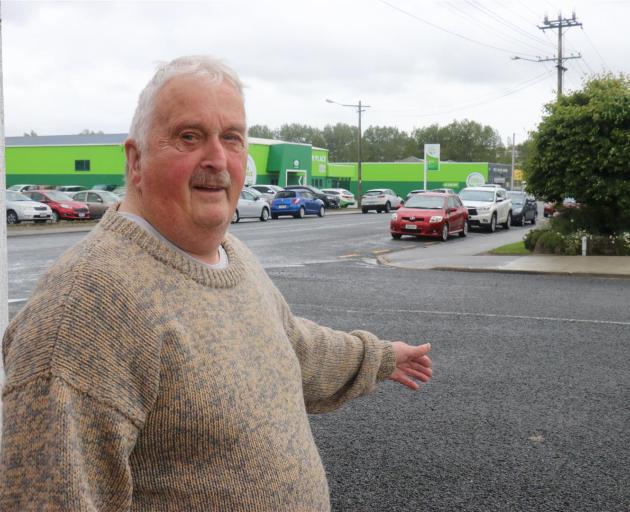 In May last year, Michael Brough was attempting to drive his car from the town's Elizabeth St, turning right into Charlotte St.

As he edged out to see past a tall vehicle parked close to the busy intersection, his car was clipped by another vehicle coming from the right, writing it off and leaving him severely shaken.

He said a policeman attending the incident told him: ''You're very lucky you're not dead.''

In November, after learning of other near misses caused by ''inconsiderate or illegal'' parking at intersections in the district, Mr Brough decided to do something about it, and launched a petition.

He delivered it to the Clutha District Council earlier this year, and the council considered recommendations arising from its investigation of the issue during its meeting last Thursday.

That has led to a determination on the part of the council to address the problem, ''where a demonstrated need has been identified''.

Mr Brough said he was ''quite happy'' with the outcome of his appeal.

''It's the first time I've done a petition, so it feels good. It's just a pity council wasn't doing something about it in the first place, because I might still have my car.''

The council decision undertakes to paint additional broken yellow lines at corners where issues have been highlighted, and will encourage increased enforcement of existing laws by police and council officers.

The NZ Road Code reflects present legislation, that no vehicle may park within 6m of an intersection.