Signs of a possible compromise on beach access regulations emerged during hearings in Clutha this week.

The Clutha District Council is working through consultation on a draft bylaw proposing a ban for vehicles on eight Clutha beaches, with exemptions for emergency services, boat access and access to properties otherwise inaccessible by road.

Vehicles elsewhere would be limited to 30kmh and be expected to be driven safely and away from wildlife.

A third day of hearings on the proposals concluded last night, during which 45 people spoke to their submissions.

Although the proposals have polarised South Otago residents, signs that compromise could be reached began to emerge during Tuesday’s session.

At that session, a balance of speakers did not wish to see a ban on vehicles, citing its potential negative effects on long-standing traditional uses of the beach for recreational activities, and some commercial activities such as paua fishing. 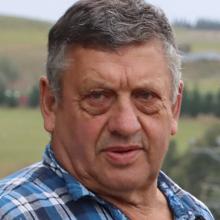 "When shaping new regulations you have to be very careful what you do; every action has a reaction, and half the time it’s not what you intended.

"When it comes to fishing, access is very important, and often needs a vehicle, as some fishing gear can be heavy.

"I don’t think we need to stop vehicles on beaches. We need to manage it more sensibly."

He urged the council to consider signage explaining the reasoning for any new regulations, such as safety, and benefits to wildlife.

"Go gently, do it right, and make sure it works, and you have the resources to do what you want to do."

He agreed a 30kmh speed limit would be reasonable for vehicles, something that appeared acceptable to most.

All said it would not, many adding this was already their habit.

Of universal concern was effective policing of any new rules.

Jocelyn Lindner, co-president of Taieri Mouth Amenities Society, said her local beach had had a major influx of 4WDs since Dunedin imposed a similar ban in 2018.

Ms Lindner expressed concern communities might be expected to police any new rules themselves.

"There have already been a number of aggressive verbal confrontations. Residents are not educated on how to handle confrontations with a large group of people.

"I’d feel a lot more secure if stronger enforcement were under consideration as part of this bylaw, and could be explored by council."

The council will consider submissions on July 20.