Cops' lives 'all thrown out' by callouts 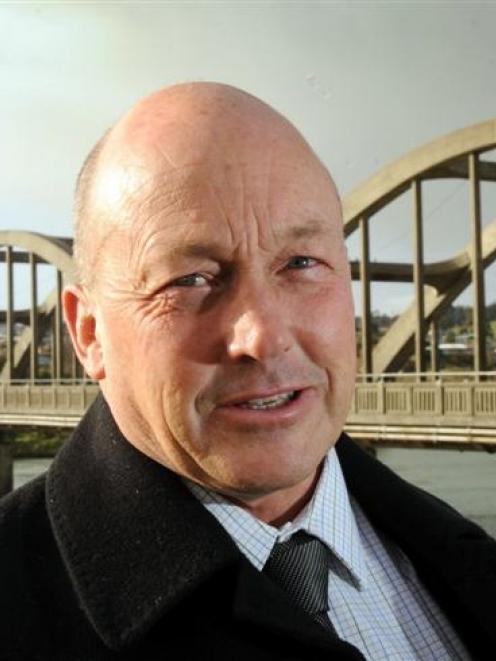 Bryan Cadogan
Clutha police are having their home lives affected by hundreds of calls outside the times of their rostered hours, the district's mayor says.


Police in the Clutha district received 312 calls for service outside rostered hours last year, according to figures released under the Official Information Act.

Clutha Mayor Bryan Cadogan said the figure showed the need for both 24/7 continuous manning at the Balclutha police station, and for more police officers in the area.

Last year, he criticised the decision to shelve plans for round-the-clock service at Alexandra, Wanaka and Balclutha police stations and a proposed new rural Southland base.

Mr Cadogan vowed to continue fighting for 24/7 police station manning in his area, and for more police officers. He said this was needed to combat what he said was unprecedented gang activity in the South and the growing "scourge" of methamphetamine.

A source told him the large number of unrostered callouts was having a negative effect on the lives of officers, he said.

"It's absolutely ridiculous, because every time they get called out unrostered, they have a nine-hour stand-down," Mr Cadogan said.

"Their families and social lives are all getting thrown out."

He also understood criminals in his area felt free to offend at times they knew police would be far away.

"We need 24/7 policing, so that when the criminals are active, the police are there to respond."

In response, Otago Coastal area commander Inspector Marty Gray, of Dunedin, said an extra police officer had been added in Alexandra, Cromwell, Balclutha, Winton and Queenstown in this year's allocation of resources.

The previous population-based target of 95% of New Zealanders living with 25km of a 24/7 police base had been dropped, Insp Gray said.

Instead, a "demand-based approach" was now used.

"That means they are not bound by borders or stations - we move our people around using an evidence-based model to determine where they're needed and when.

"There's a common misconception that police are dispatched from their local station. However, when units are dispatched, they are more often than not already out in the community, meaning they're able to respond to emergencies faster."

The calls came between 11pm and 7am Monday-Thursday, between midnight and 7am on Friday morning, and between 4am and 7am on Saturday and Sunday morning, according to the Official Information Act response from police.

Those calls which required "urgent assistance" were attended by the duty on-call officer.

Police Association president Chris Cahill, of Wellington, also emphasised the 312 calls for service did not necessarily mean police were deployed every time.

He was aware of other small communities with far more such callouts, he said.

"In some of those central North Island communities, you get called out way more than this."

Mr Cahill said when he visited the South he heard mixed views about 24/7 service at the Balclutha police station.

"The problem you have with an officer working 24/7 is there's not a lot of other work they can do at night, compared with what they can do during the day.

"It's not always the best bang for your buck."

Speaking to the Otago Daily Times yesterday, a source with knowledge of policing in Balclutha said there were about six frontline officers in the town, plus three in the Criminal Investigation Branch and two more specialist police.

He understood there were two or three vacancies still to be filled in the area.

It had received more than 1000 signatures by yesterday.