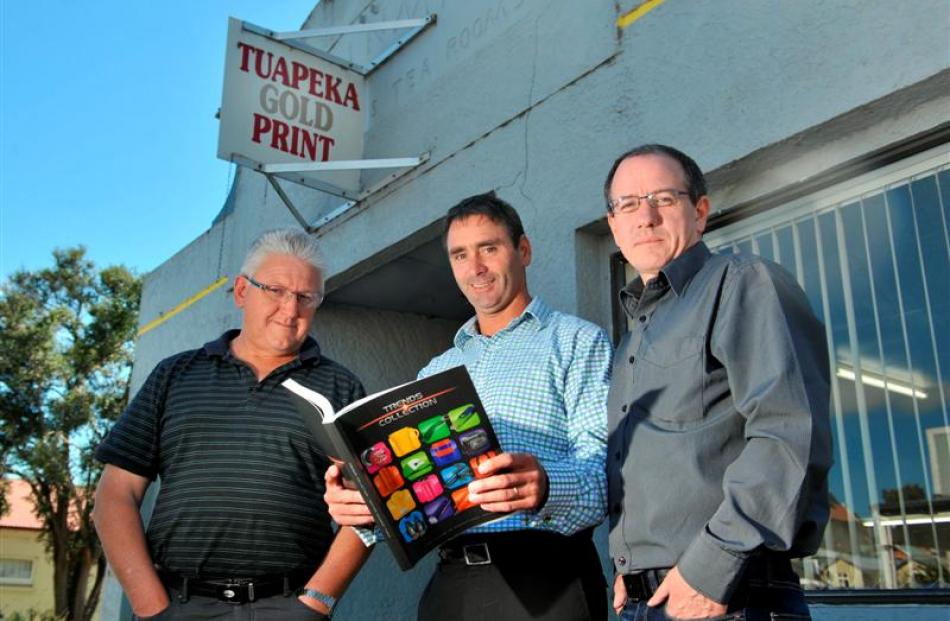 There is an air of acceptance, disappointment and frustration in Lawrence.

The township's biggest employer, Tuapeka Gold Print, is moving its printing operations to Dunedin in a $2 million expansion project.

The company, which employs about 70 people, is New Zealand's largest supplier of branded promotional products such as pens and drinkwear with an eight-figure turnover.

Business owners and residents approached by the Otago Daily Times yesterday were reluctant to talk, save to express their disappointment and in some cases a little frustration.

''It will affect Lawrence, no doubt about it,'' one resident said.

Another was more accepting, stating transport provided to Tuapeka Gold Print staff would help keep them in the town.

Clutha Mayor Bryan Cadogan said the confirmation of the move posed some challenges for the area.

''Thankfully, with no job losses, the economic impact on Lawrence has been mitigated to some degree. While this is a disappointing day for the district, Lawrence's past has proven it is a resilient and tight-knit community.''

Mr Cadogan said after discussions with the company's management he knew it was not a decision made lightly.

''The evolution and growth has forced their hand, but my thoughts go out to the businesses and people of Lawrence because this will pose some challenges.''

Lawrence-Tuapeka ward councillor Geoff Blackmore said everyone in the area knew someone who worked at Tuapeka Gold Print.

The Clutha District Council and the Lawrence-Tuapeka Community Board had discussed options with the company to try and retain the business, but were unsuccessful.

''While we're disappointed, we know it's a commercial decision. The town has accepted it. We're just concentrating on the positives from the [Clutha Gold] cycle trail.''

Cr Blackmore said Tuapeka Gold Print was trying to keep its staff, and the bus service provided to Fairfield would help keep people in the township.

The four buildings on the main street opened an opportunity for other businesses to come to the town, he said.

Tuapeka Gold Print director Jim Robertson said the buildings on the main street were separate from the company.

''We want to get somebody else in who employs a few people.''

Mr Robertson said there were opportunities in Lawrence and he was happy to help develop business.

There was a ''perfectly good factory'' in one of the buildings and Lawrence had a good, stable workforce, he said.

''I would love to see a small business do well in the town, keen to hear from people who want to emulate what we've done.''

Mr Robertson and his wife Karyl will continue to live in Lawrence.