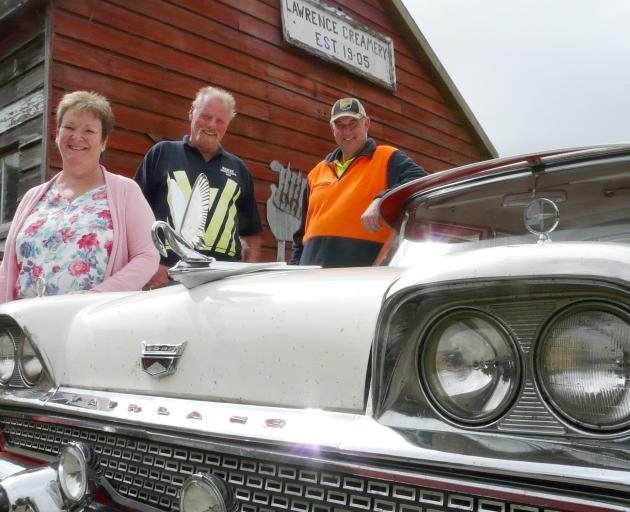 Lawrence Show & Shine organising team members Bill Bazley (centre), and Viv and Rob Warhurst, plan to extend next year’s show to a three-day event in March. Photo: Richard Davison
Lawrence will become a motor Mecca next March, thanks to the efforts of a car-crazy country cabal.

Lawrence Car Club has been running an annual, one-day Show & Shine event for the past seven years, but now organisers want to up the ante, and plan to put on a three-day auto spectacular at the town’s gymkhana grounds for the first time next year.

This would entail a concerted community effort,  both from within and outside the club, spokesman Bill Bazley said.

"We’re 100% committed to getting this off the ground, and are looking forward to a typically positive response from the Lawrence community.

"Other, similar motorsport events have been shown to bring plenty of visitors and revenue to the town and its businesses, so we see this as another event to put Lawrence on the map for auto enthusiasts."

The annual Show & Shine — this year’s event is on March 23 — attracted up to 250 participants, and Mr Bazley said he hoped the extended version of the event would eventually double that number.

To cope with the anticipated influx, volunteers from several clubs headquartered in the gully, including gymkhana and rodeo, had been fundraising towards a new ablution block for the site.

This would contain showers and toilets for both men and women, and eventually give flexibility for a wide range of overnight events to take place in the town, Mr Bazley said.

Given drink-driving restrictions, a three-day event would also allow people to "socialise" during the car show.

"The show already enjoys a reputation for its laid-back, relaxed country atmosphere; so if people can come, camp up and enjoy a beer and a yarn over the three days, so much the better."

The club would also build a dedicated "burn-out" pad at the site, allowing a tyre-shredding competition to take place during the weekend.

Live music, market stalls and a "mini-rodeo" would complete the bill of fare.

Provisional dates of March 27-29 had been earmarked for the 2020 show, which was yet to be officially christened, Mr Bazley said.

"If anyone has a bright idea for a name, or wants to volunteer or sponsor things, we’d love to hear from them. It’s all for a good cause." 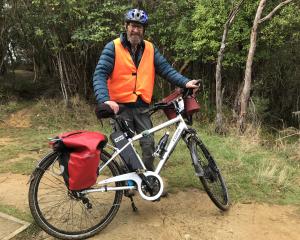