By Hamish MacLean
0 Comments
The findings of an investigation into the Otago Regional Council’s response to illegal dumping in the Clutha River will be discussed in private next week despite assurances of transparency.

The council will discuss the findings of retired High Court Judge Sir Graham Panckhurst, "the Panckhurst Investigation", behind closed doors on Wednesday. 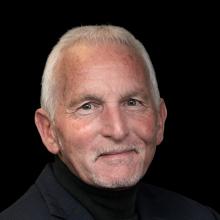 Michael Laws
The Panckhurst Investigation was launched after Cr Michael Laws obtained emails between council staff and the Environmental Protection Authority (EPA) last year following an EPA investigation into the dumping of demolition debris into the river in Balclutha last March.

The council called in the EPA to conduct the investigation because its staff were involved in the incident.

However, the emails between the two organisations indicated the council soon brought in lawyers to protect staff and they refused to speak to the EPA.

The resulting EPA report noted the lack of evidence limited its ability to assess the situation.

Nevertheless, the national environmental regulator later stood by its investigation as "thorough".

The incident was labelled "extraordinarily embarrassing" by Cr Laws.

He went on to reveal councillors had been left in the dark about the EPA investigation and its resulting report until the Otago Daily Times started asking questions about it last year.

The Panckhurst Investigation was initiated in part because questions remained unanswered when council staff refused to speak to the EPA, he said.

This week, Cr Laws expressed concern about the transparency of the Panckhurst Investigation itself, due to the process now being undertaken by the council.

He took issue with councillors discussing the report in a private session and said the report could be redacted without the consent of the council or not be publicly released at all, but only a summary made available.

Cr Laws said he had publicly maintained there were inappropriate steps taken by senior staff at the council as well as "media and governance misdirection".

"I have now read the full Panckhurst report and it pulls no punches.

"It clearly outlines the events and actions that took place and certainly vindicates the governance decision to have an inquiry," he said.

A request by the ODT for a response from council staff to Cr Laws’ comments went unanswered this week.

Staff also did not answer a question about whether the report would be released. 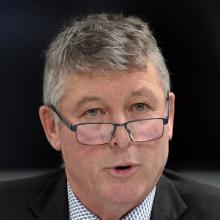 Andrew Noone
Instead, a spokeswoman issued a brief statement from chairman Andrew Noone.

Cr Noone did not answer questions put to him directly but through the council spokeswoman said the council did not want to pre-empt discussions at its non-public meeting on Wednesday.

There would be no further comment until after the meeting, he said.

He did not address a statement he made in December when councillors authorised the Panckhurst Investigation, when he said the council was committed to "publicly notify the outcome of the inquiry in accordance with the council’s objectives of honesty and transparency".

The ODT asked all regional councillors for further comment.

He said he wanted "full public transparency", and for the council to move on from this episode ensuring it never happened again.

"This entirely ridiculous situation will be a massive cost to ratepayers and should never have happened," Cr Kelliher said.

"The inquiry was necessary as the outcome shows what happens when governance is excluded deliberately, and bureaucracy is prioritised over common sense."