'Everything is perfect' as family moves into new home 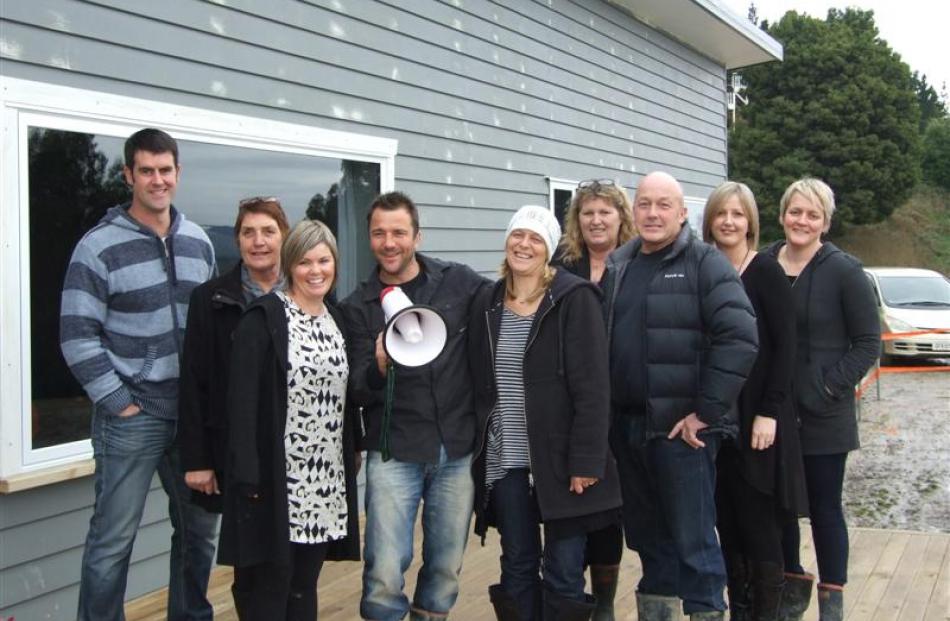 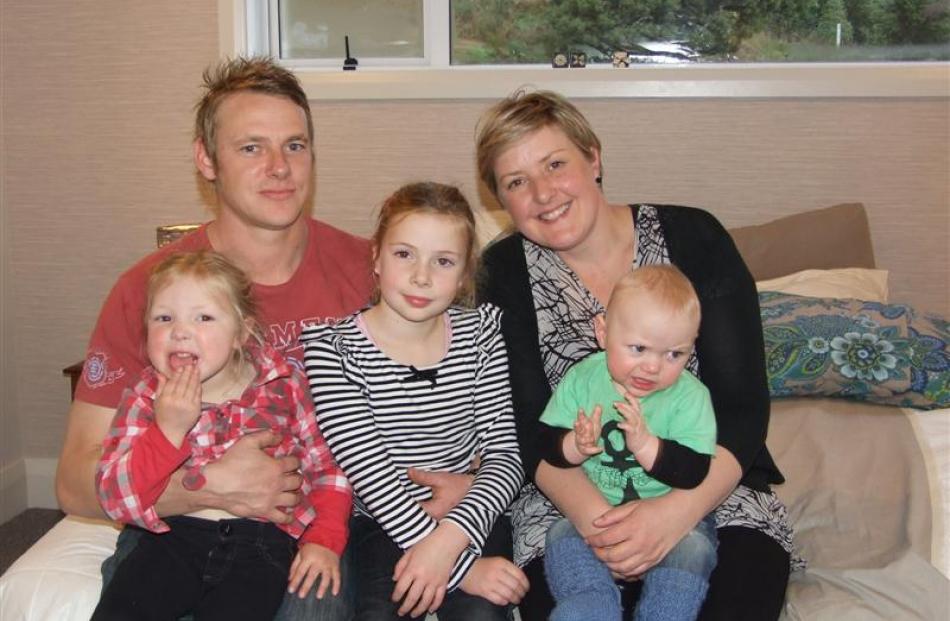 The smiles said it all as a young Kaitangata family moved into their new home at the weekend.

With a team of volunteers, Derek Craig, of Cromwell, created ''Operation Owen'' to construct a purpose-built home for Jodie and Terry Owen.

The couple's two daughters, Charli (8) and Meg (4), have undiagnosed cerebellar ataxia. The condition affects the girls' co-ordination and balance and makes them tire easily.

The Owens also welcomed a new addition to the family in November - son Baxter.

The family moved into their new home on Saturday, and that afternoon opened their home to the community and all those who helped with the project.

Mrs Owen said the family was amazed and grateful to have the purpose-built home.

''It's indescribable really; it's more than I could ever imagine.''

On Friday, Charli and Meg saw their bedrooms for the first time and were excited to be staying in their own rooms.

''How do you ever repay this? I just can't believe we're actually going to be [living] here. Everything is perfect,'' Mrs Owen said.

Mr Craig designed the house and the Owens worked with him to ensure it suited their needs.

The design includes wider doorways so Charli and Meg can use their walking frames inside, cavity sliding doors, and handrails throughout.

More than 100 people worked on the home last Labour Weekend and dozens of businesses and individuals gave materials, money and time.

The house was built at the Kaitangata Rugby Grounds and moved to the Owens' section in December.

Volunteers spent several days last week preparing for the Owens to move in. Some minor jobs still have yet to be finished.

Mr Craig said while the project had been a bigger job than anticipated, it was worth it.

''It was a lot more work than I first thought, but I would definitely do it again.''

He hoped others would look at the building and realise they could do something for someone else, whether it be a big or small project.

Clutha Mayor Bryan Cadogan, a member of the Operation Owen committee, said it was heartwarming to see people like the Craigs who wanted to make a difference in their friends' lives.

''It was a special moment to see the family walk in to the house ... It was heartwarming to see the culmination of two years of hard work. It's a lovely home for a lovely family.''

The support from Clutha residents, and from individuals and businesses nationwide was outstanding. More than $300,000 of building materials, appliances, furnishings and money was raised.

''This project showed the generosity of so many people. We would not have been able to do this without this level of support. It has been a great community project.''

''The whole project has been a real tonic. Everyone involved has been so positive, and given so much.''