Eye in the sky helps farmers 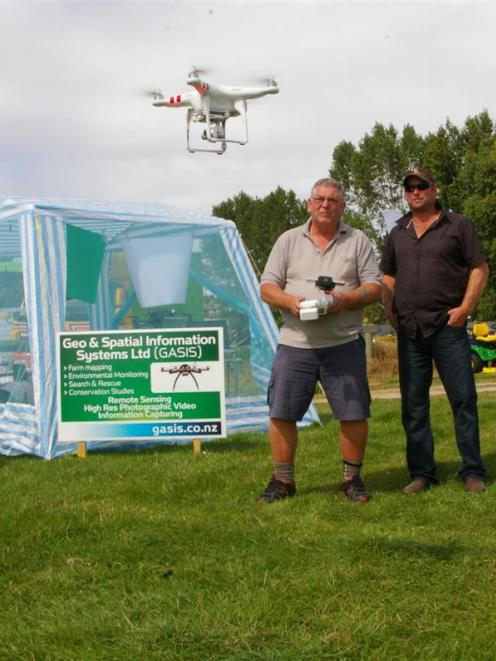 Photo by Hamish MacLean.
A sophisticated gadget tipped to revolutionise New Zealand farming was demonstrated at the Farmarama farm show at Lawrence yesterday.

Geo & Spatial Information Systems spatial analyst Neill Glover (left) is pictured demonstrating a drone, which can be used to check farms from the air.

While only ''one or two'' farmers in Otago and Southland were using drone technology on their farms at present, Mr Glover predicted in five years ''most innovative farmers will have one''.

At the two-day event, organised by the Lawrence Lions Club, he fielded many questions about his $40,000 Sky Jib X4 which he uses in his farm-mapping business, but farmers also saw the potential in the $2200 Phantom Vision 2+.

Drone technology meant much more than just allowing farmers to check their assets without opening and closing countless gates through the day, he said.

More efficient stock, crop and water checks were just the beginning. Other uses included infrared cameras mounted on ''rotary robots'' to check on the health of grass and digital topographical mapping.