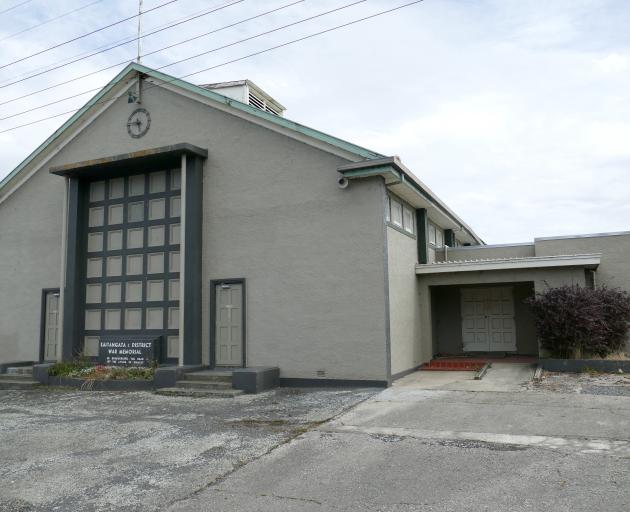 In February, Kaitangata resident Steve Parlane appealed to the Clutha District Council to stay the demolition of the 64-year-old Kaitangata War Memorial Hall, and offer it for sale instead.

Mr Parlane said he wished to buy the hall to use as a classic car museum.

However, during its annual plan decision-making last Thursday, the council voted to demolish both the asbestos-roofed hall, and the neighbouring former Kaitangata Borough building at a cost of at least $85,000.

Mr Parlane said on Monday he was ‘‘absolutely floored and disappointed’’ by the decision.

‘‘I do not understand how anybody feels it’s better to spend over $100,000 to knock down two perfectly restorable buildings, when there are people lining up wanting to buy them.’’

He said he knew of three people interested in tendering for each hall, and claimed the wider community supported their retention as functional buildings.

Clutha Mayor Bryan Cadogan said during consultation he had received the opposite message from townspeople.

‘‘There was an understanding with the town the site would remain a memorial space after demolition, and within community control. The council has honoured the spirit of that earlier agreement in its vote on Thursday.’’

Mr Parlane claimed the council had been swayed by a vocal minority.

‘‘There’s a loud minority [in Kaitangata] who try and run the place.

‘‘This is a landmark building, and I offered an economically viable alternative to demolition,’’ he said. ‘‘This is a total waste of ratepayer money.’’