Despite the rocks, Dean Bond, of Balclutha, the winner of Saturday’s annual Bob Scott Memorial Hill Climbmade it look easy as he navigated the tight and twisty 1.8km-long hill climb at Kaitangata. PHOTOS: JOHN COSGROVE
Mere seconds and decades of technology were all that separated first and second place at Saturday’s annual Bob Scott Memorial Hill Climb.

Balclutha rally driver and a previous winner of the event, Dean Bond, driving his 20-year-old Mitsubishi Evo 6.5 rally car held off determined challenges from a pair of new high-tech Cross Car drivers to win the event by just 1.28sec.

"The feeling in the car after our last run was that it had been a quick one, so we were happy with the day,” Bond said. 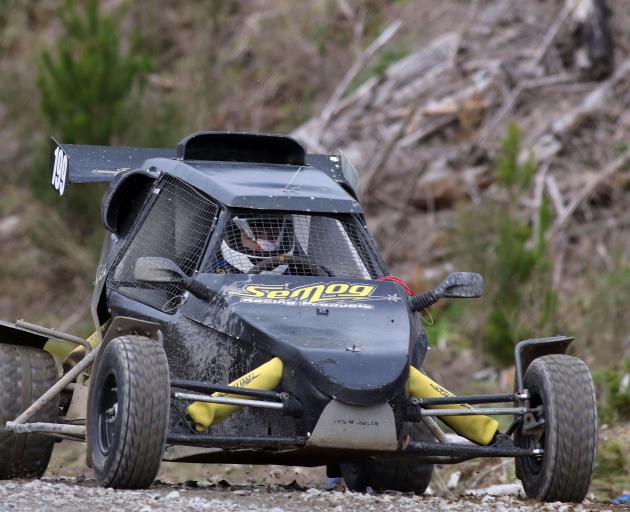 Showing the power of the new purpose-built Cross Car driver Jack Winter (Dunedin) put in a great last run to be second overall, just 1.28 seconds behind eventual winner Dean Bond.
He held off Jack Winter (Dunedin) and Mark Penrose (Christchurch) to record the fastest run of the day with a time of 1:22.16 on his fourth and final run.

The goal of the 18 drivers competing in the annual hill climb was to make the fastest run up a 1.8km gravel forestry road at Kaitangata. Each driver had four attempts and a wide variety of machines competed, ranging from Bob Scott’s original 1960s-era open wheel classics to dedicated rally cars and race specials to the new purpose-built hill climb buggies.

Mr Bond said overall the road conditions were good but there were still some big rocks which made it very challenging for drivers to navigate their way around them, trying not to blow a tyre or damage the suspension on their cars.

"The day went really well over the four runs we had, the organisers had graded the road beforehand which made it better and by taking crown off the road it helped the guys in the classic cars,” Mr Bond said. 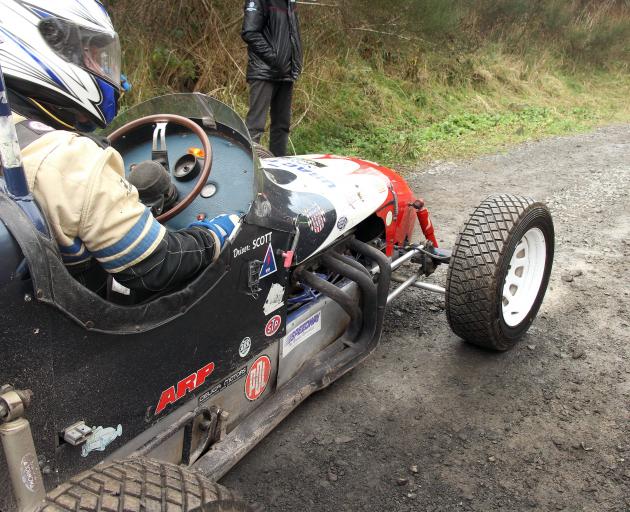 From the cockpit Robert Scott, of Dunedin, prepares to head off up the 1.8km-long Bob Scott Memorial Hill Climb at Kaitangata driving his late father’s Chevy V8-powered special on Saturday.
The son of the late Bob Scott, Robert Scott of Dunedin, driving his father’s V8 Chevy-powered classic said the road conditions were great this year.

"I survived, had a good couple of runs and didn’t break anything,” he said.

Clerk of the course Janey Blair said the two cross car drivers were pretty determined to post a fast time on their last run.

"They went more than two seconds faster than before and knocked Chris Hey (Toyota MR2) of Dunedin) off second spot in the final round and ended up just .5 of a second apart at the end. They were very fast.” 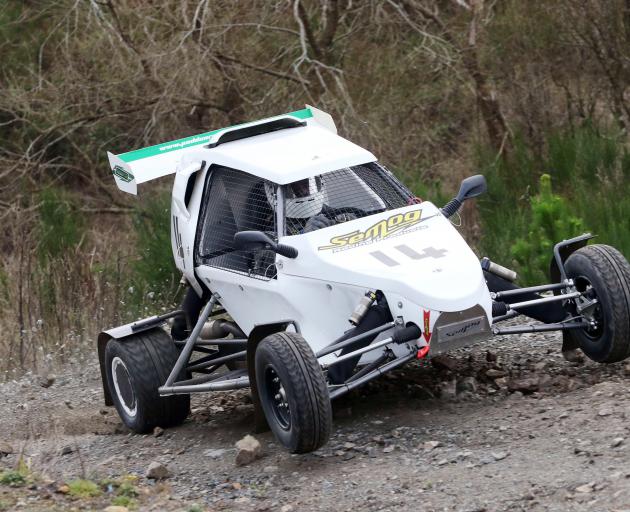 They are one-seater, rear-wheel drive, space-frame buggies powered by a Suzuki GSX-R 750 motorbike engine, weighing just 300kg and putting out 160bhp at 14,000rpm.

Bond said the new cross cars were very competitive because of their better power-to-weight ratio.

"They weight only about 300kg compared to my old heavy car which weighs around 1200kg and yet my win here today confirms we are on the right track for the upcoming Catlins Coast rally,” Mr Bond said.