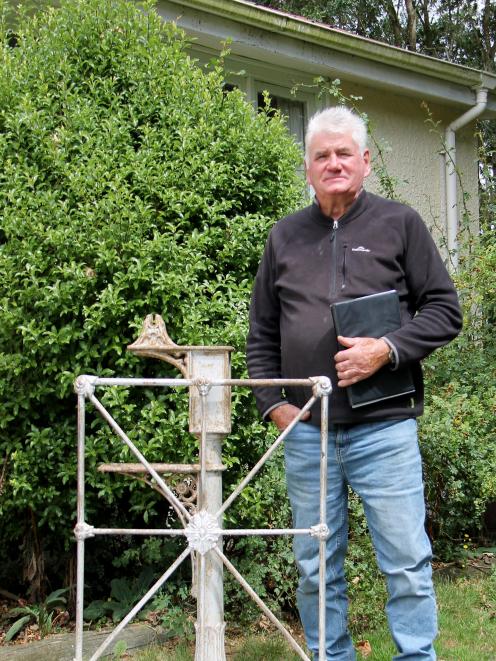 Tuapeka’s Graham McGowan with the Avery scales he worked to preserve for Tuapeka Heritage Hub. PHOTO: NICK BROOK
Tuapeka citizens who are part of a loose-knit network have weighed in to rescue an artefact of their hometown’s past, retrieving a set of industrial-grade scales that served the river-mouth settlement from the 1860s.
Fourth-generation Tuapeka resident Graham McGowan has been a member of the Tuapeka Heritage Hub for about 10 years and about two months ago was given a photocopied extract of local history booklet Tuapeka Mouth.
According to the original handwritten record: "The first shop was opened by Mr Beath who was also named as post master. The size of the shop is not known but the scales were big and hefty and are still in the district. Mr Frank Skinner owns them and each year weighs tonnes of honey with these scales which look as though they could last another century or more."
Mr McGowan knew the scales had weighed honey and other rural staples for many years in a poured-concrete shed at a property in Skinners Rd — also remarkable for its example of a near-intact pioneer sod shed. 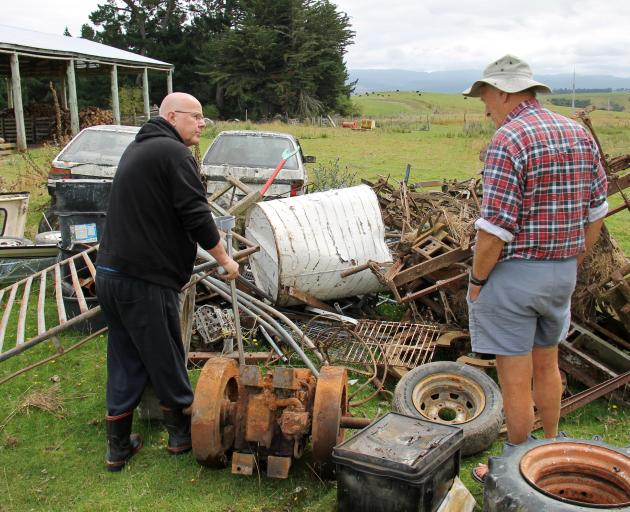 Michael Daumann (left) and Allan Duthie check the metal pile where the scales were found, and in the background the pole-shed where the scales stood for many years. PHOTO: NICK BROOK
The scales were long gone, but he had an idea where, and contacted his friend Michael Dauman, who had owned a farm in the area.
"I’d recently been up there looking for some cyclone for fencing and noticed some scales on a heap of scrap metal."
Mr Daumann said the scales, which no longer worked,  had stood in a pole shed on the property for about 12 years, and Mr McGowan’s work was timely because the old farm had recently been sold. 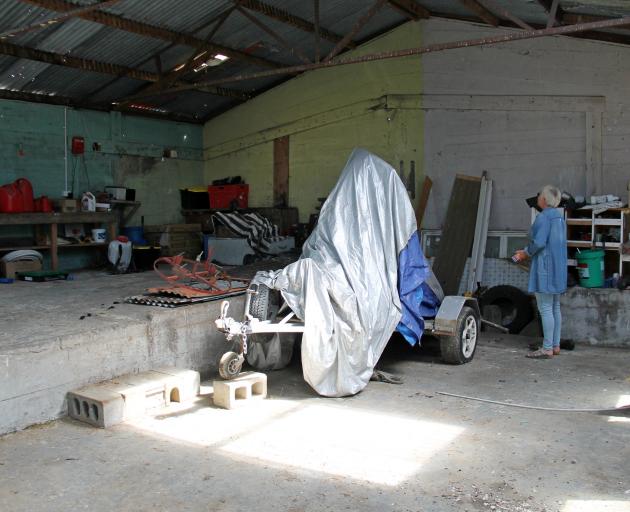 The poured-concrete building where barrels of honey were weighed for generations by the scales, now the property of Tuapeka business consultant Leah Baldwin. PHOTO: NICK BROOK
Its buildings were scheduled for demolition and their metal contents had been shifted to a pile to be collected by a scrap dealer within weeks.
The cast-iron, vintage platform scales were a top-of-the-line model by English firm W & T Avery, of Birmingham, and had been sent to Otago  by ship 160 years ago when brand new.
They either travelled by ship as far as possible up the Clutha River on SS Tuapeka or were transported by bullock wagons from Dunedin. 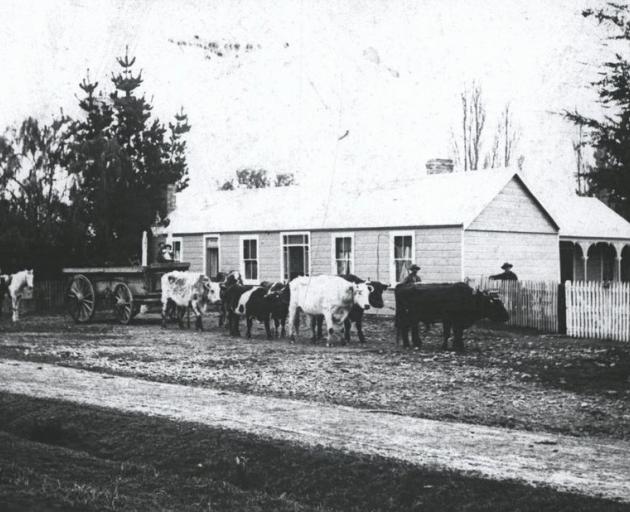 A bullock wagon, pictured outside Tuapeka Motel Hotel, at an unknown date, may have delivered the scales to the Tuapeka area. PHOTO: SUPPLIED
The Avery scales’ most recent journey was a couple of weeks ago, about 5km on a tractor’s front loader to the Heritage Hub headquarters.
Hub president Colin Child said the scales, which had served the township for so long, would remain at the hub and the group would keep their eyes open for the few missing smaller parts.
nick.brook@odt.co.nz
Comment now