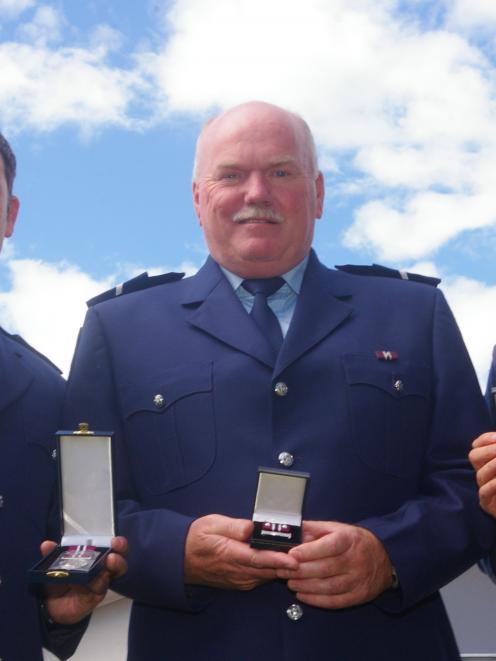 He left upper management for the post in Clinton last year so he could get a better work-family life balance, he said.

Until a year ago, he was the Clutha-Taieri area response manager and before that sub-area supervisor for South Otago.

Snr Const Whitmore was one of three police officers to receive recognition at a noon ceremony at the Balclutha police station.

While there had been many highs and lows during his time working in Lower Hutt, Gore, Balclutha and Clinton, no single incident in his career stood out, he said ''There's not any one thing, to tell you the truth; it's just seeing the difference the police can make to the lives of the people that we deal with, that come to us for help,'' he said.

Also honoured on the day were Detective Constable Robin Hutton, of Balclutha's criminal investigation unit, who worked in Henderson and Waitakere before venturing south in 2008.

Snr Sgt Dickie said Det Const Hutton was ''a pretty sharp operator'', who, in receiving his 14-year long-service and good-conduct medal, had already ''built up a nice range of skills and built up the respect of the staff''.

Constable Rochelle Gordon, of Balclutha, received a Canterbury earthquake citation for her work after the February 2011 earthquake. She said she had gained respect for the army in her two weeks working long hours in Christchurch.

''It was very scary working in the red zone when there were still massive aftershocks,'' she said.