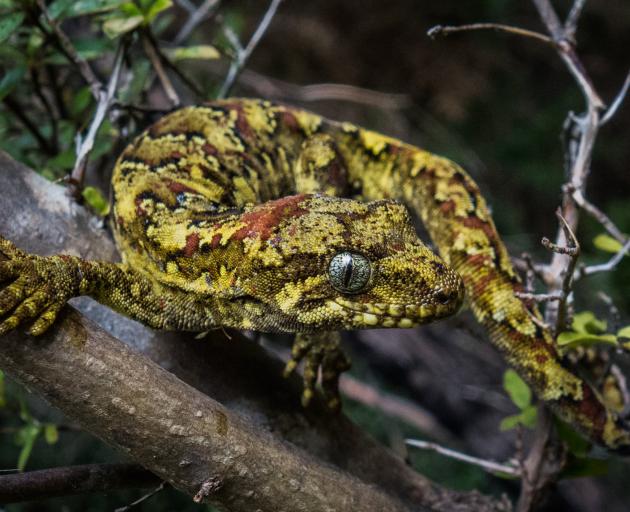 The rare Tautuku forest gecko is now confirmed to be present in the Catlins following unconfirmed sightings last winter. Photo: Carey Knox
The precise whereabouts of a secretive southern gecko are being kept under wraps, for fear of their illegal removal. 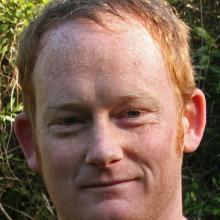 However, Mr Knox said he would not be revealing too much detail on the habits or habitats of the 16cm forest denizen, as a black market in purloined lizards was known to be targeting New Zealand geckos.

"Unfortunately, we know jewelled geckos are sought after by smugglers, so we're reluctant to put a target on the back of the Tautuku forest gecko as well.

"What I can tell you is they're very well camouflaged and spend their time moving between a wide range of habitats, which makes them pretty hard to spot. On more than one occasion during the past few years, I've spent several days in rainy bush looking for them without success, so to find them in relative abundance here is very exciting, and great news for the Tautuku Restoration Project."

The Forest & Bird-led project, overseen by manager Francesca Cunninghame, aims to study, conserve and restore biodiversity in the 6600ha Tautuku and Fleming Rivers basin in the eastern coastal Catlins.

Ms Cunninghame said the confirmed discovery of the geckos was thanks to the "hard work" of volunteers, who had been laying predator traps during the past several years.

At present, more than 500 traps are in place, creating protective lines totalling 35km.

"Although the focus of the project to date has been on birds, this shows the benefits of pest eradication for biodiversity as a whole. New Zealand's forests are as much a habitat for reptiles and other species as they are for birds."

She said the gecko discovery would only redouble collective conservation efforts in the mixed podocarp forests.