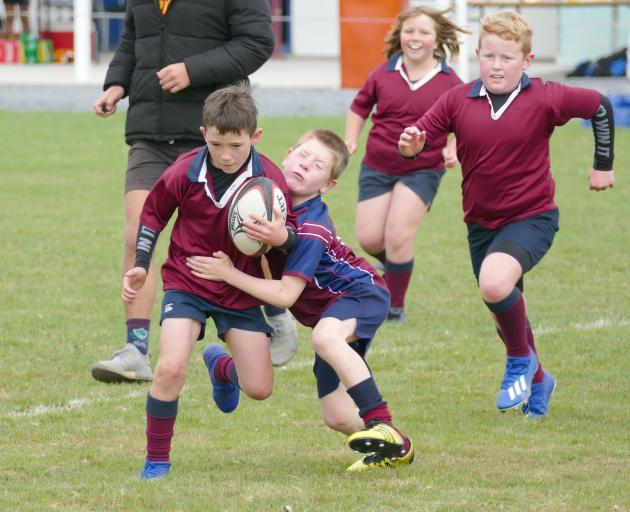 Organising committee secretary Nicola Law said the weekend’s events were "at capacity", including Saturday night’s celebration dinner, which was attended by 200 past and present club members, families and friends.

Noted sports broadcaster Phil Gifford was speaker during the dinner, which was hosted by MC and fellow broadcaster Paul Allison.

The oldest member attending, and the first Otago Rugby Woman of the Year, Eileen Cook, cut the centennial cake at the conclusion of dinner. 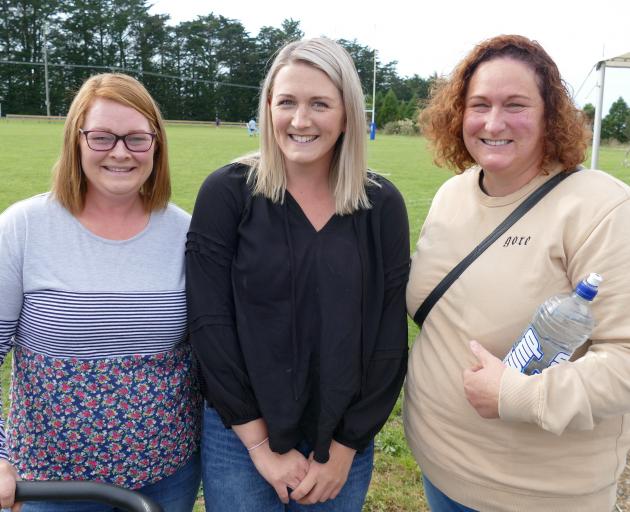 Supporting their family members during the celebration matches are (from left) Carolyn Unahi, Holly McAmmon and Rebecca Suangoon.
More than 150 came to cheer on club youngsters and seniors during an afternoon of matches on Saturday, a level of support that reflected the character of the club, Mrs Law said.

"The seniors are here to support the youngsters and it’ll be turnabout when the seniors take the field later.

"This celebration is all about grassroots rugby and the Clutha Valley community coming together for a great weekend of sport, memories and socialising." 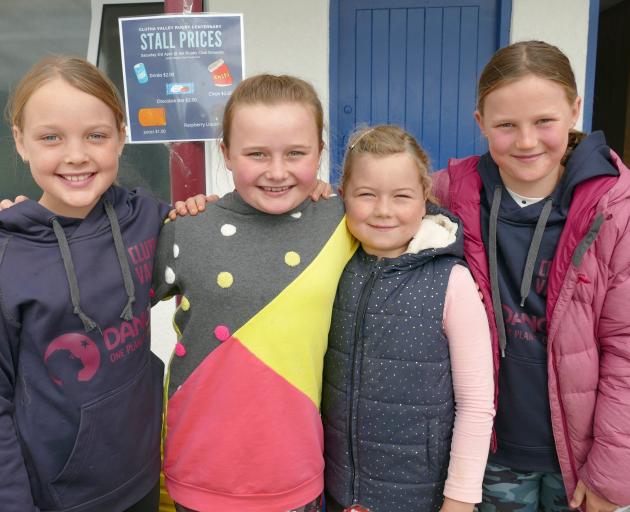 Manning the refreshment stall in Clydevale on Saturday are (from left) Lucy Craig (9), Dorothy Wilson (10), Caitlin Steel (9) and Ruby McHaffie (10), all of Clutha Valley.
Committee chairman Nigel McLachlan said the club was eager to go "one better" in the senior competition during its centennial year, having been pipped at the post by West Taieri in last year’s play-off final.

"We’re aiming to retain the South Otago banner, which we won last year, and obviously it would be nice to win the competition this year too.

"We’ve battled for numbers from time to time down the decades, but we’ve never defaulted. So it’s great to see the club in such good shape as we look forward to another 100 years of getting out there and getting into it."