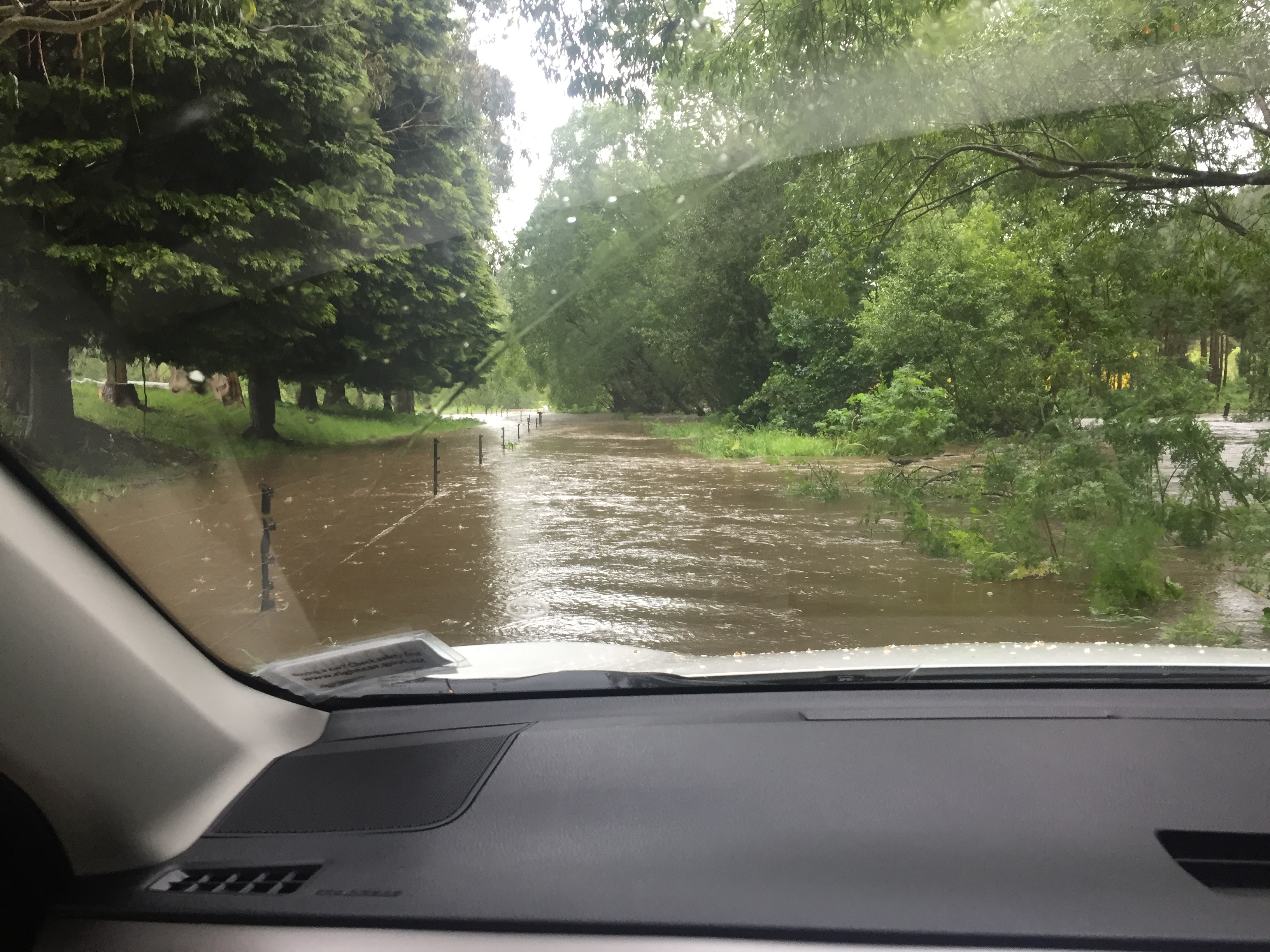 Mandy Stewart who lives on SH8 near the turn-off from SH1 said their driveway was flooded trapping them in their property. Photo: Mandy Stewart
A South Otago mother trapped by today's floods says she has never seen such extreme weather.

Mandy Stewart and her two sons were trapped at home this morning after heavy overnight rain caused a boundary creek on their Manuka Gorge lifestyle property near Milton to flood. 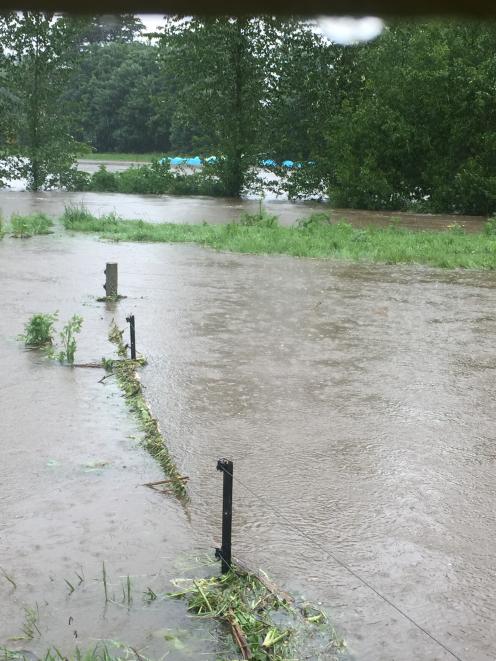 Mandy Stewart who lives on SH8 near the turn-off from SH1 said their driveway was flooded trapping them in their property. Photo: Mandy Stewart
The day began as usual, with Mrs Stewart travelling the 1.5km down her driveway to take her boys Jack (12), and Charlie (11) to school in Dunedin but, when she approached her gate, it was clear school was out for the day.

"At the gorge end, the driveway was completely flooded. There's a wee bridge to get onto the road, but you couldn't even see it," she said.

"Although I went through the Christchurch earthquakes, I've never seen rain and flooding like this. But it is what it is. We've just been watching movies all day and the boys are pretty happy with a day off, I think."

The family had also been taking care of its animals, including some temporarily restyled alpacas.

"The alpacas are looking pretty grumpy with their dreadlocks, but we've got them dry and sheltered now."

She did not expect to see her partner tonight, as he worked in Dunedin.

"His work will put him up. He'll be OK. We'll all just hunker down until it passes." 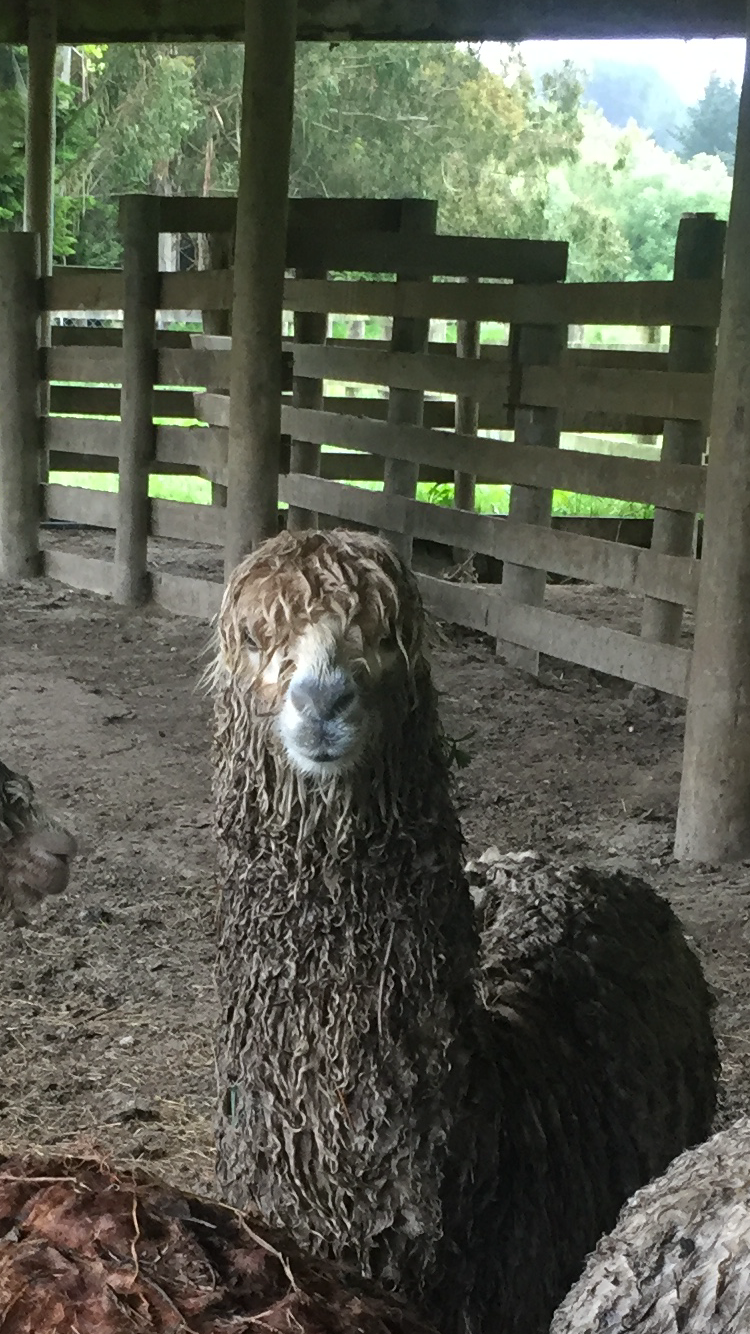 Mandy Stewart who lives on SH8 near the turn-off from SH1 said their driveway was flooded trapping them in their property. Photo: Mandy Stewart
Comment now