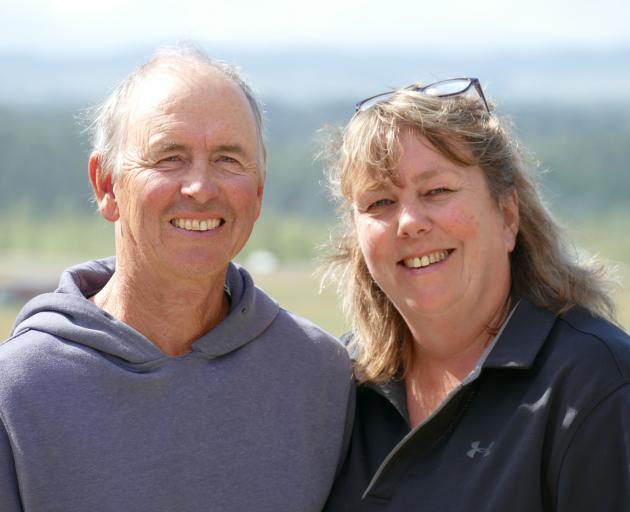 South Otago Theatrical Society stalwarts of more than 40 years Brent and Robyn Gardner were acknowledged with the Musical Theatre New Zealand Merit Award, on Saturday, in Blenheim, marking a lifetime of dedication to community theatre.

Due to Covid-19 restrictions, the Gardners were at home on their Balclutha beef farm during the awards ceremony, and only discovered they had won via a social media post the following day.

"We’re humbled and a bit bemused, as we’re really being recognised for something we simply do out of pleasure."

Mrs Gardner (57) said she had been "gobsmacked" to receive the award, which recognises "outstanding achievement and contribution" to musical theatre.

Although both had trodden the boards over the years since they first became involved as teenagers , during the past two decades Mrs Gardner had moved sideways into choreography.

Mr Gardner’s passion remained on stage, although he said nowadays age tended to dictate his casting.

"If I tell you Robyn and I first performed together as the Artful Dodger and Bet in Oliver in 1981, but I played Fagin in the society’s 2001 performance, that gives you a clue," he joked.

The couple had known each other since high school in Balclutha, and got married 25 years ago.

Both had begun their stage careers at school, although Mr Gardner also had a longstanding family link to the theatrical society.

"My father, Peter, was a regular director of society plays," he said.

"He’d bring me along as an extra pair of hands, and one time suggested I try out as an extra for Fiddler on the Roof, in 1977.

"I remember I grabbed a couple of mates, and we ended up as dancing Russian cossacks."

He said the draw of theatre remained the same today as it had always been.

"It’s about the interactions with people. The cast and crew become like a second family, where you all work together towards a shared outcome.

The pandemic of the past two years had made mounting performances increasingly challenging, he said.

However, the couple remained optimistic the South Otago curtains would rise again before very long.

"We’re planning to stage Footrot Flats in August, and have some ideas for a special inaugural performance in the new Clutha Community Hub when that opens early next year."

They hoped the new facility would introduce musical theatre to a whole new generation.