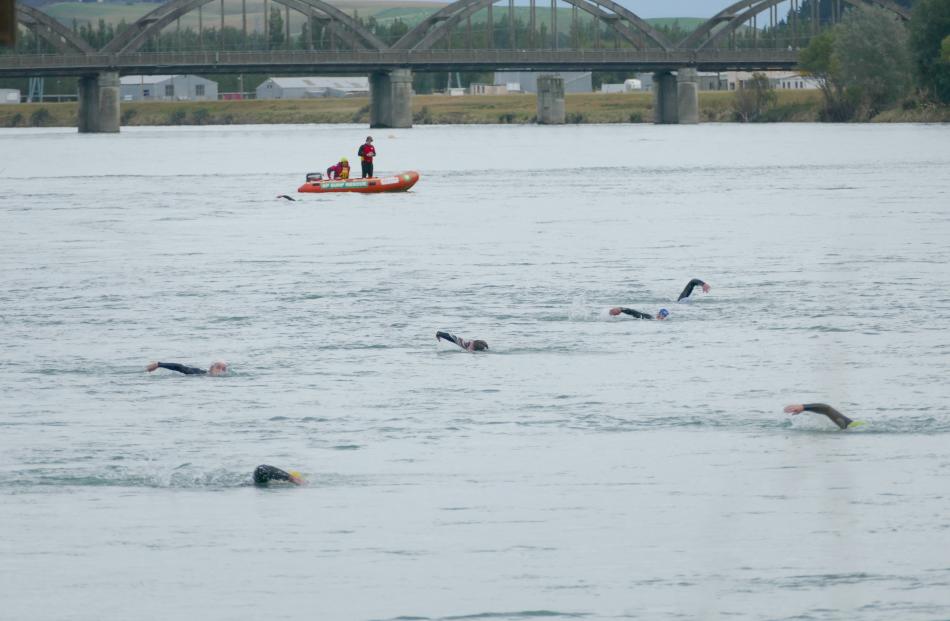 Competitors in the Ken Milne Classic triathlon take on the mighty Clutha River near Balclutha Bridge during Saturday’s event. 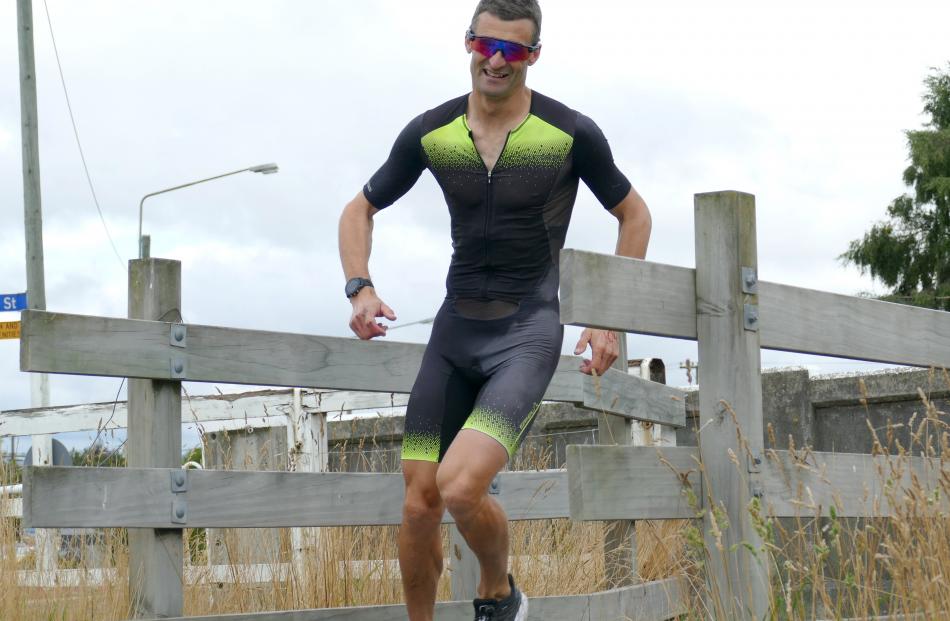 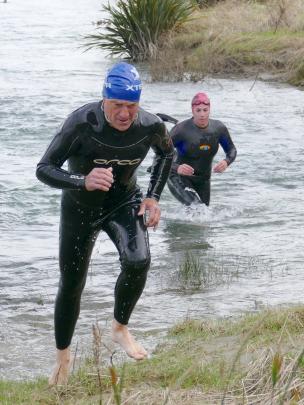 Recent flooding of the Clutha River could not deter competitors in the Ken Milne Classic triathlon in Balclutha on Saturday.

It was unusual among similar events in that it started with an 800m river swim.

Organiser Keely Hurring said finishers had reported a "tough" haul across the fast-flowing Clutha this year.

"We had about 100 competitors across all classes this year, and about 10 of those were swimming as individual triathletes or as members of teams.

"Although the swim was reported to be tough this year, it was also very fast, with people out in 15 minutes or less."

One seasoned competitor who avoided getting his feet wet this year was past event winner Mark Deacon, of Balclutha.

"Even though I won eventually that year, I was on the point of being rescued a few times during that first swim.

"There’s a special technique to getting across. It can be harder than it looks, so I stick to cycling and keep my feet dry nowadays."

He said the event was a fitting way to honour Mr Milne’s memory, as the route had originally been a training session for Clutha rugby players.

"Ken was a pioneer of the importance of fitness in sport. He was a great player himself back in the day, and loved Clutha rugby.

"He’d still be out here putting the rest of us to shame if he were alive today."

Mrs Hurring said the event was run with the support of the Clutha club.

"We managed to rope in Crescent [Rugby Club] this year too, so we had some nice competition between the boys out there."