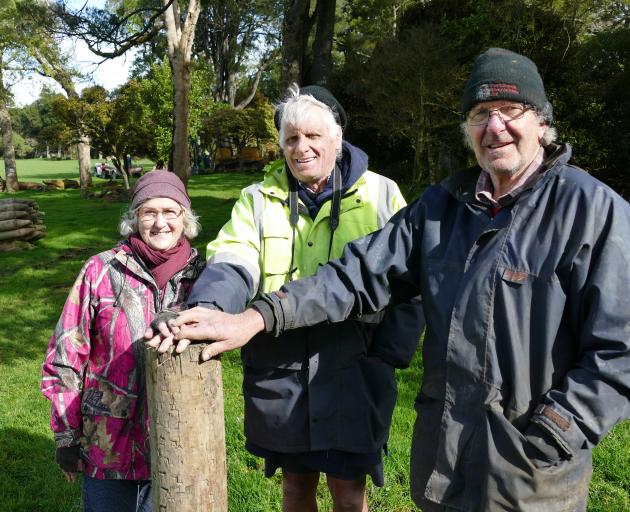 Local excavation, freight and fencing contractors mucked in to get the first phase of the project completed quickly, to prevent stock on a neighbouring farm escaping.

The $32,000, 500m track will weave between mature totara trees alongside the Tahakopa River, ending at a picnic area overlooking the bridge built by New Zealand pioneer and Plunket founder Sir Frederic Truby King in 1923.

"Sir Truby bought nearby land in 1906 to undertake a range of farming and logging activities.

"He built the bridge — a replacement for a 1916 construction — to link his operations with the nearby rail network, but it fell into disuse when the sawmill closed in 1929.

"He was also instrumental in establishing a school for the village, and an important civic figure locally."

In granting it Heritage List status in June, Heritage NZ described the remaining bridge fragment as a "testament to the tremendous scope" of Sir Truby’s activities in the Catlins.

Mr Sinclair said the journey to reach yesterday’s project launch had been "challenging" at times.

"We’ve had our ups and downs, but I believe everybody’s on board with the idea now, and people will be very happy with the end result in a few weeks’ time."

He paid credit to "dozens" of project donors, volunteers and supporters, and thanked neighbouring landowners for their co-operation.

An official track opening will take place in November, on a date to be confirmed.