Wylies Garage in Tapanui. Photo: Google
Today may be the final day for what is believed to be one of the oldest service stations in the South. Although it could live to see another day.

Wylies Garage, in Tapanui, opened in 1927, and today the forecourt shop and workshop will close after 94 years in operation, leading to the loss of five jobs. It will leave Tapanui with no manned service station.

The pumps will still operate as a 24/7 self-service operation, according to Southfuels marketing manager Simon Rae.

Southfuels bought the business from Jocelyn and Keith Falconer in December 2017, and the couple agreed to remain on until about six months ago.

“For the past 18 months, we have been looking for someone to buy or lease the business but were unable to,” Mr Rae said.

He said Southfuels had reviewed the business and felt it could not maintain it.

“However since we told the staff on Monday, there have been a number of expressions of interest from local people and businesses who are talking to us and we hope something will come of this,” he said.

Staff were reportedly told earlier in the week about the closure of the business. Wylie’s Garage will operate as an unmanned 24/7 Fuel Stop from this Saturday.

Clutha District Council West Otago ward councillor Lloyd McCall said the loss of the jobs at the station would be felt in the small rural community.

“It will be a loss for the community and it will be yet another empty building on our main street, but I am sure it won’t remain empty for too long as I believe negotiations are already under way for it’s lease.” he said.

South West Autos co-owner Rachael Hines said it would be business as usual at their workshop in Tapanui. 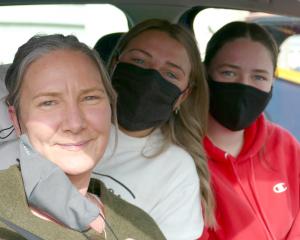