The Southern District Health Board area has overtaken Auckland as the DHB area with the most Covid-19 infections with 15 new cases announced today.

The rise brings the total in the SDHB area, which includes Otago and Southland, up to 98, one ahead of Auckland which has 97 cases and a much larger population.

The Ministry of Health also revealed a new Southern cluster, which centres around a Bluff wedding and is now connected to eight cases, including three in the last 24 hours.

The World Hereford Conference, held in Queesntown earlier this month, is now connected to 24 New Zealand cases, including five new cases in the last 24 hours. 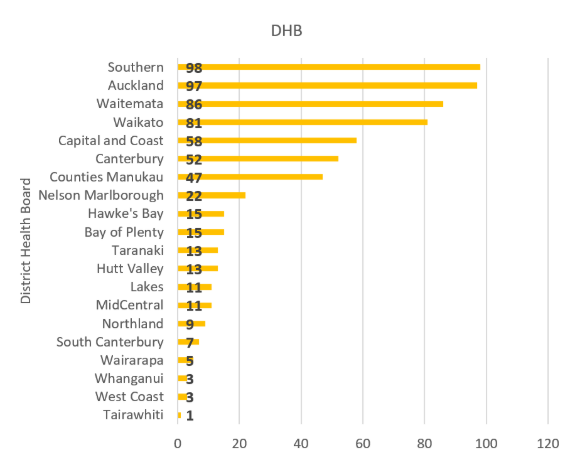 The news the SDHB area has the most cases comes as Director-General of Health Ashley Bloomfield revealed that across  New Zealand there were 48 new confirmed cases and 10 probable cases, bringing the total number to 647. 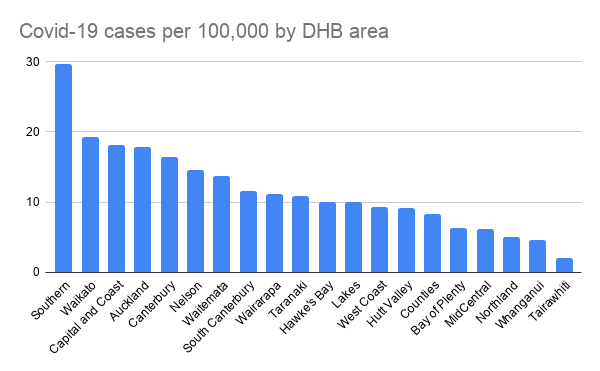 It comes as it was revealed yesterday that a nurse at Lakes District Hospital had Covid-19 amid fears of community transmission in Queenstown.

Lakes District Hospital was cleaned from top to bottom last night and 36 staff were tested for Covid-19.

Dr Bloomfield said at today's press conference that authorities were still awaiting test results from staff at the hospital.

In the meantime the hospital's emergency department remained open, but it's inpatient facilities were closed with any patients diverted to Southland or Dunstan Hospitals.

Health officials yesterday were hopeful the hospital would reopen today, but all services were closed down last night, apart from the emergency department and maternity, which was moved to a separate building until it was given the all-clear. 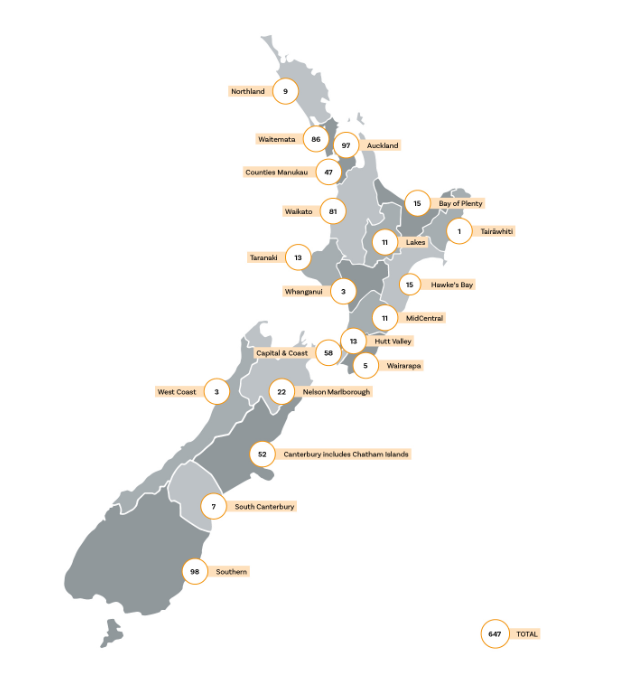 Lakes District Hospital has treated two Covid-19 cases, including a now discharged Spanish tourist who was one of the first cases of the disease in the South. However, the nurse who tested positive did not provide direct care for either of those patients, a Southern District Health Board spokeswoman said.

"The Public Health team is investigating to find out how the nurse contracted the virus.

"We are aware of a number of cases in Queenstown likely due to community transmission and are exploring all possible ways of exposure for this nurse."

All staff in close contact with the nurse were ordered into self-isolation, a serious blow to the small hospital. She had not been in contact with patients in the time before she displayed symptoms when she would have been potentially infectious, the spokeswoman said.

The Lakes district has become one of New Zealand’s Covid-19 hot spots after Queenstown hosted the World Hereford Conference a fortnight ago.

"It’s exactly the sort of thing we all hoped wouldn’t happen, but it does just underline the need for the restrictions that have been put in place to be taken very seriously, in fairness to those people who are effectively putting their lives on the line."

There was already a high degree of concern in the community about the number of Covid-19 cases, and news of the scare at the hospital would add to that, Mr Boult said.

"It comes back to the simple issue of absolutely obeying the rules that we have all been asked to do; just stay at home and stay in your bubble," Mr Boult said.

"I was horrified to hear of the issue of the backpackers partying — for God’s sake, how many times do we need to say this?"

Police were called to Deco Backpackers in Queenstown on Sunday after people residing there held a social gathering which spilled outdoors.

Police Commissioner Mike Bush yesterday said it was "very poor" decision-making for the backpackers to have considered they were all in one bubble. He said it was clearly a mass gathering, which was against the lockdown rules.

Mr Boult said he had spoken to police, who had given him an assurance such a situation would not happen again.