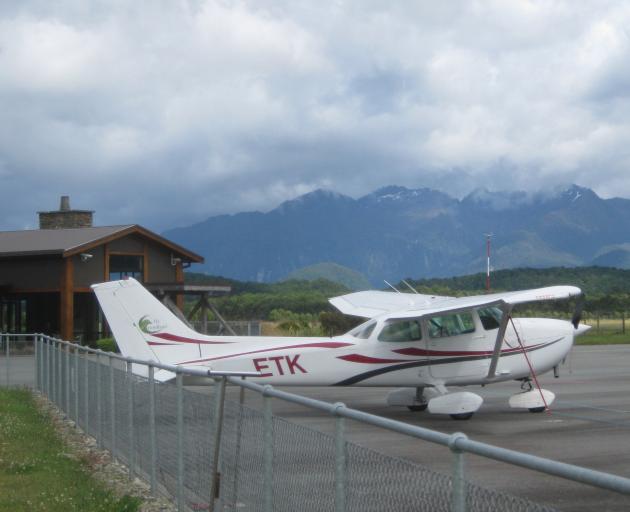 Te Anau Airport. Photo: ODT files
A debate about whether or not Te Anau Airport at Manapouri should be considered a strategic asset has caused a stir among Southland district councillors.

A report by intermediate policy analyst Carrie Adams, presented at the Southland District Council meeting on Wednesday, recommended the council exclude Te Anau Airport at Manapouri from its list of strategic assets.

Cr Ebel Kremer was concerned about the removal of the airport from the list, and considered it an asset that could be developed further.

"There’s some real opportunities to be had in the future with that particular airport.

"We need to be going out during our consultation in support of it."

Great South, the Fiordland Community Board and Emergency Management Southland had also identified the airport as a strategic asset, he said.

It was important for the council to provide "strong leadership" and recognise it as one, specifically for the benefit of the tourism sector.

However, Cr Don Byars had a different opinion.

"We have to be realistic and appreciate it’s costing ratepayers money at the moment, it’s burning a hole in ratepayers’ pockets."

Removing the airport from the strategic asset list was not "taking it away". It would just lower the cost for ratepayers, he said.

Several councillors agreed it should be kept on the list, including George Harpur who believed, based on the success of the Auckland to Invercargill flights, the airport had a lot of potential.

Cr Paul Duffy said the airport’s proximity to Milford Sound and the shift in focus to domestic travel as a consequence of Covid-19 meant it was an asset.

"I believe that perhaps the faith that we’ve held in that airport over this whole time might be about to come to fruition."

Cr John Douglas described it as an "under-utilised asset".

The draft significance and engagement policy, along with three other policies, would go out for public consultation from November 4 to December 4.